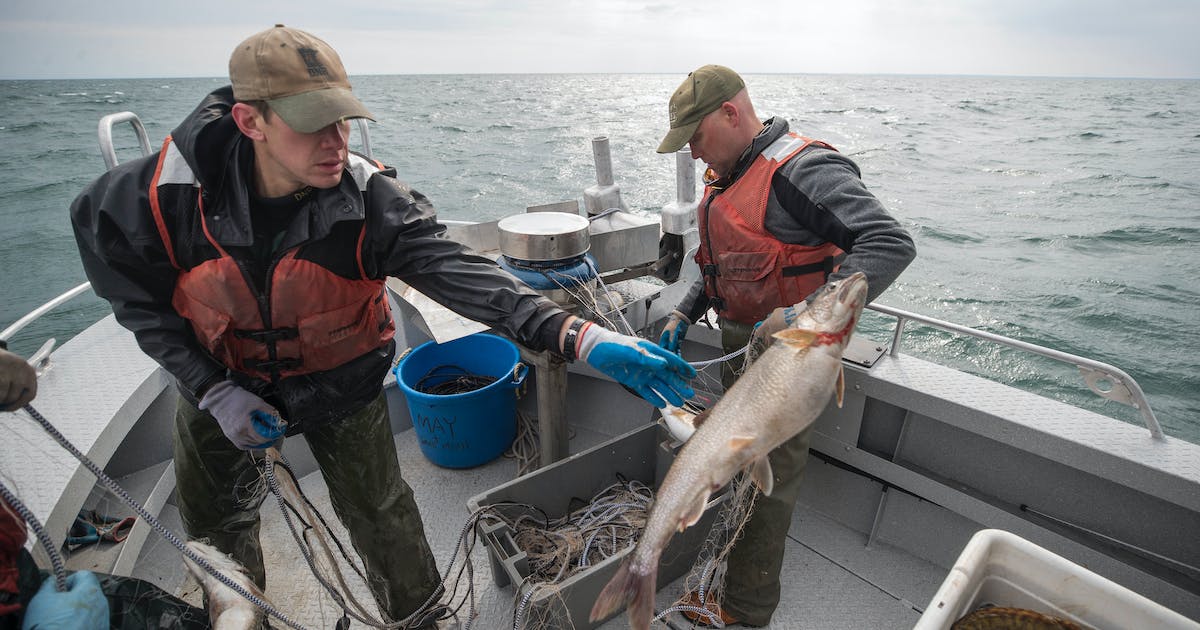 Call the Department of Natural Resources office in Tower, northeast Minnesota, about 20 miles southeast of Ely.

Ask for the wildlife manager.

Chances are you will receive a recording advising you to leave a message, with a response likely from a wildlife manager at Cook’s office at the DNR, 25 miles west of the tower.

Instead, management issues for deer, bears, wolves and other wildlife along stretches of the Ontario border are now handled from the MNR office in Grand Rapids, 120 miles south of ‘International Falls.

Similar consolidations from the MNR Wildlife Section can be found throughout Minnesota.

The changes follow a reorganization of the wildlife section that began about three years ago by MNR managers with the intention of aligning the section’s staff, fleet and other expenses with the money available.

The wildlife and fisheries sections of MNR are largely funded by the Hunting and Fishing Fund, which is primarily funded through the sales of hunting and fishing licenses.

â€œIn 2017 and 2018, the wildlife section faced budget issues and we needed to develop a staffing plan in line with our funding and implement the plan through attrition,â€ the director said last week. MNR Fish and Wildlife Division Dave Olfelt. .

â€œUltimately we agreed on additional staffing for the wildlife section and then worked to determine how to allocate the staff supported by our budget. Changes have been made statewide. In the northeast, for example, we consolidated the International Falls Wildlife Office with the Grand Rapids regional office.

Likewise, Olfelt said, the area wildlife manager working in Bemidji has been transferred to the DNR Park Rapids office, 80 km to the south. From now on, three wildlife officers are assigned to the work areas of Bemidji and Park Rapids (excluding technicians and seasonal helpers), instead of the previous four.

Other organizational changes to MNR could be made in the coming weeks, each of which, ultimately, could affect how fish and wildlife are managed in the state – and how effectively the interests of the people are managed. hunters, fishermen and other Minnesotans are served.

On Thursday and Friday, the managers of the MRN, about twenty in total, met by videoconference to try to finalize the possible changes to the Division de la PÃªche et de la Faun (including the Division of Fisheries and Wildlife). sections region).

The goal this time, Olfelt said, is not so much cost savings as improved service delivery.

â€œBefore Fish and Wildlife Division Manager Jim Leach retired in 2019 and the position was handed over to me, he initiated a strategic planning process, one of the points of which was to review our structure. organizational, â€said Olfelt. â€œWe started to work on the reorganization. in the fall of 2019. Then COVID hit and it was on the back burner. We now expect this to be done by the spring. “

The process must be completed as at least eight key management positions in the Fish and Wildlife Division are open pending final staffing decisions. Other vacancies at the DNR are also open due to the state government hiring freeze that was lifted last summer.

To support the reorganization process, a consultant gathered information and opinions inside and outside MNR. A hot idea discussed last week was whether, in the four DNR regions (Grand Rapids, Bemidji, St. Paul and New Ulm), the positions of Regional Fisheries Manager and Regional Wildlife Manager should be merged into just one.

Some MNR members say the idea should not be launched, as expertise in both areas is rarely, if ever, held by single people. Wolves, for example, are different from walleyes in every way possible, and expecting a person to have sufficient expertise to make important decisions about each is unrealistic.

The counter-argument, said Olfelt, is: â€œAt what management level in an organization do you need subject matter expertise? At some point, as you progress, it’s more about people and systems and less about biology. “

Last week there was also talk of the division’s fisheries and wildlife research staff, who are widely regarded as some of the best in the country.

“The review we carried out reinforced for us the importance of science-based decision making and we want to make sure that research remains an important part of the organization,” said Olfelt.

There was also discussion as to whether the MNR’s non-game program should be transferred to the Fish and Wildlife Division of MNR’s Ecological and Water Resources Division, where it currently resides.

Habitat that supports no-play in most cases also supports play, one argument goes, and better coordination could be achieved if the two were in the same division. Opponents of the idea counter that non-gaming staff also interact with the parks and trails and forests divisions, and there is no compelling reason to make the switch.

MNR’s fish and wildlife management has already been reorganized.

In the late 1990s, under the leadership of MNR Commissioner Allen Garber, Fish and Wildlife was divided into two divisions. In 2004, they were joined by Commissioner Gene Merriam.

â€œFrom all of this,â€ said Olfelt, â€œthe central question we hope to answer is, ‘Does our organizational structure support or hinder what we need to do? “”