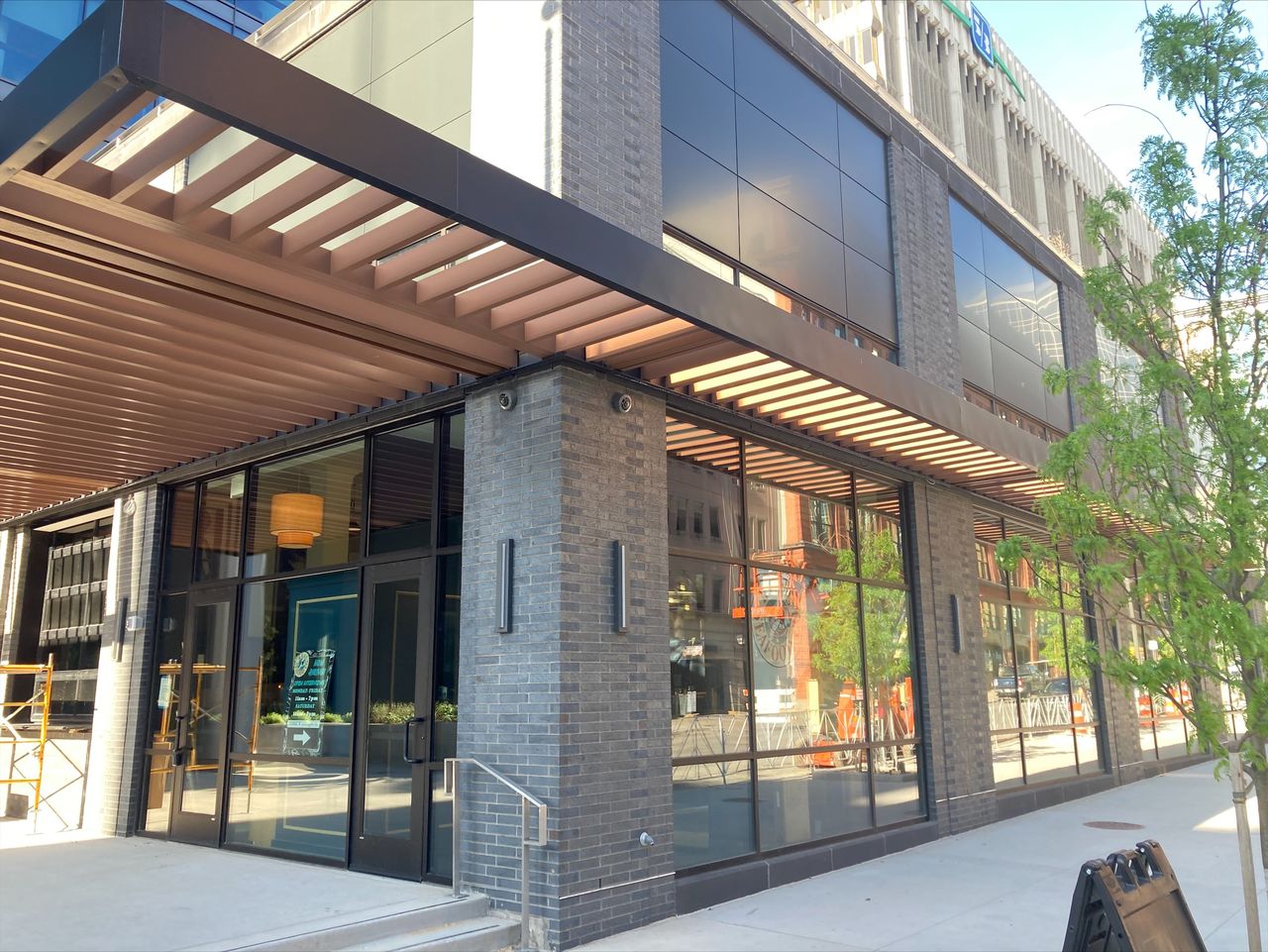 The public opening comes a day after the restaurant’s grand opening dinner to benefit the Griffins Youth Foundation. Restaurant announced its grand opening Friday on Facebook.

“It’s a special space, and I think people are really excited to come see it and enjoy it,” said Kevin Gudejko, president and CEO of Mainstreet Ventures Restaurant Group, the company that owns Real Seafood Co. “We’ve been working on it for a while, and we’re good to go.

Located at 141 Lyon St. NW, the restaurant is housed in a newly renovated space built by CWD Real Estate at the Fifth Third Center. CWD demolished a granite wall on the north side of Lyon Street NW – between Ottawa and Monroe Avenues – and added 18,000 square feet of ground floor retail space.

The project was part of CWD’s effort to renovate the center, a complex that includes two office buildings and underground parking at the south end of the Vandenberg Center. A small convenience store, DGX Grand Rapids, also opened on site.

Want to catch some fish this weekend? Here’s how.

Back to Bali: Banana Leaf Snapper with Sambal and Coconut Salad – Recipe | Indonesian food and drink