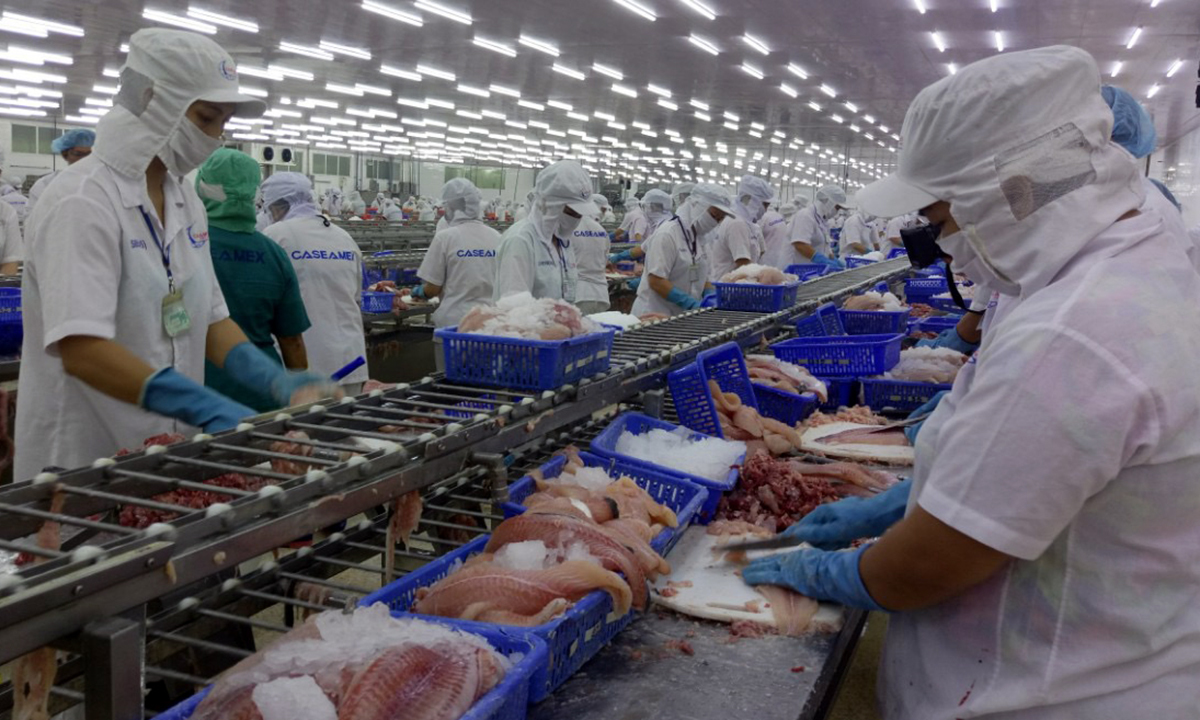 Workers at a pangasius processing factory in the city of Can Tho. Photo by VnExpress/Cuu Long

Vinh Hoan Corporation, the largest listed seafood company, reported revenue of VND3.2 trillion ($139.4 million) in the first three months of this year, up 80% in year-on-year.

Pangasius has become its biggest export earner, with sales of the fish jumping 160% year-on-year in February.

Shares of these two seafood companies have posted strong gains in recent years.

A recent report from the Rong Viet Securities Corporation indicates that pangasius exports will see a strong recovery this year due to increased global demand and shortage of supply from Russia. The high selling price will last until the end of the second quarter due to rising commodity prices.

Another report from Mirae Asset Securities indicates that the Vietnamese pangasius will directly benefit from the Russian-Ukrainian conflict.

He said Russian pollock still competes directly with Vietnamese pangasius in the global market, and the economic sanctions imposed by the United States and Western countries against Russia are expected to create opportunities for Vietnamese fish.

Vietnam’s seafood exports rose 40% year-on-year to $2.4 billion in the first quarter, despite the direct effects of the ongoing Russia-Ukraine crisis.

Growth was led by Pangasius catfish, whose exports rose 88% to $646 million and accounted for 27% of overall exports, according to the Vietnam Association of Seafood Exporters and Producers.

Where to Find the Best Chinese Food in Arlington, VA