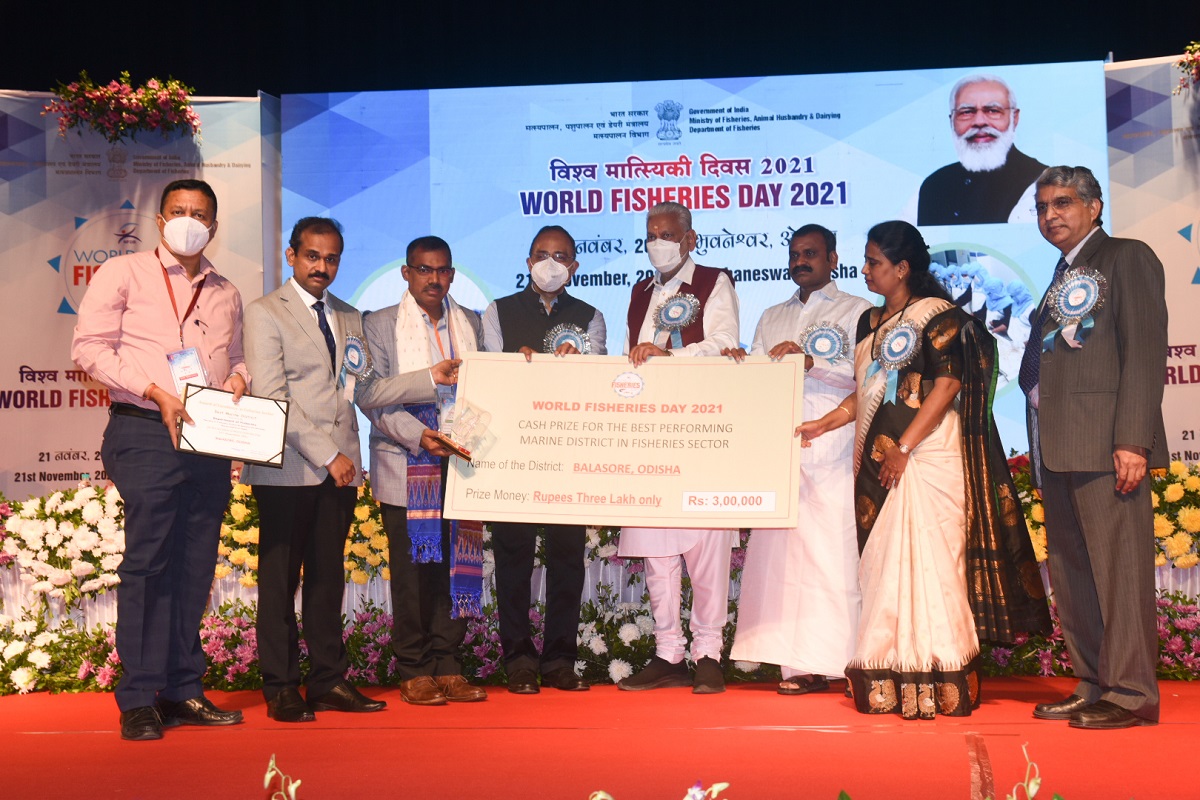 Seafood exports have grown nine-fold over the past two decades

Odisha has become the fourth largest fish-producing state in the country with an annual production of 8.73 lakh metric tonnes of fish in 2020-21, contributing 2.33% of the state’s economy, said the Department of Fisheries and Livestock.

Over the past 5 years, the fishing industry has experienced an average annual growth of around 13% in the state. Especially in the inland fishing sector, there has been spectacular growth.

Meanwhile, the state’s fisheries sector received another prestigious nationwide fisheries award on the occasion of ‘World Fisheries Day’ 2021, hosted by the Ministry of Fisheries, Livestock and Dairy Industry with the district of Balasore awarded as the â€œBest Marine Districtâ€ award in the country.

The state government has given priority to the fishing sector, with the fishing and aquaculture sector emerging as one of the engines of growth with 15.89 lakh of fishermen including farmers, women , young people and entrepreneurs living in the sector.

The state’s fishery products are highly sought after in international markets such as the United States, Europe, Japan, China, ASEAN countries and countries in the Middle East.

The state government spends around Rs.100 crore per year to subsidize farmers to purchase new aquariums for the expansion of intensive inland and brackish water aquaculture.

The policy of leasing water in reservoirs to undertake cage culture fisheries was initiated by the state government last year. Many young people and entrepreneurs showed considerable interest and enthusiasm and set up and started a cage culture fishery in the Hirakud Reservoir. Royalties received from the rental of reservoirs are shared with local primary fishing cooperative societies to support stocking, purchase of boats and equipment, and other related activities.

To promote the consumption of fish for nutritional purposes among children and pregnant women of the State, the State Government, under the direction of the Department of Women and Children Development, in collaboration with the Department of Fisheries, successfully piloted the inclusion of fish in Anganwadi supplementary nutrition program in Mayurbhanj district, through the introduction of dry fish and fish powder.

The Mukhya Mantri Krushi Udyog Yojana (MKUY) is a flagship government program that provides grants of up to Rs 50 lakhs to farmers and entrepreneurs to engage in any fishing-related activity in the state, including including commercial fish / shrimp / crab farming, hatchery, processing units, aqua stores, harvest and post-harvest technologies like vessels, gear, value added, cage aquaculture, factories feed, officials added.

How did pizza first appear in the Soviet Union?