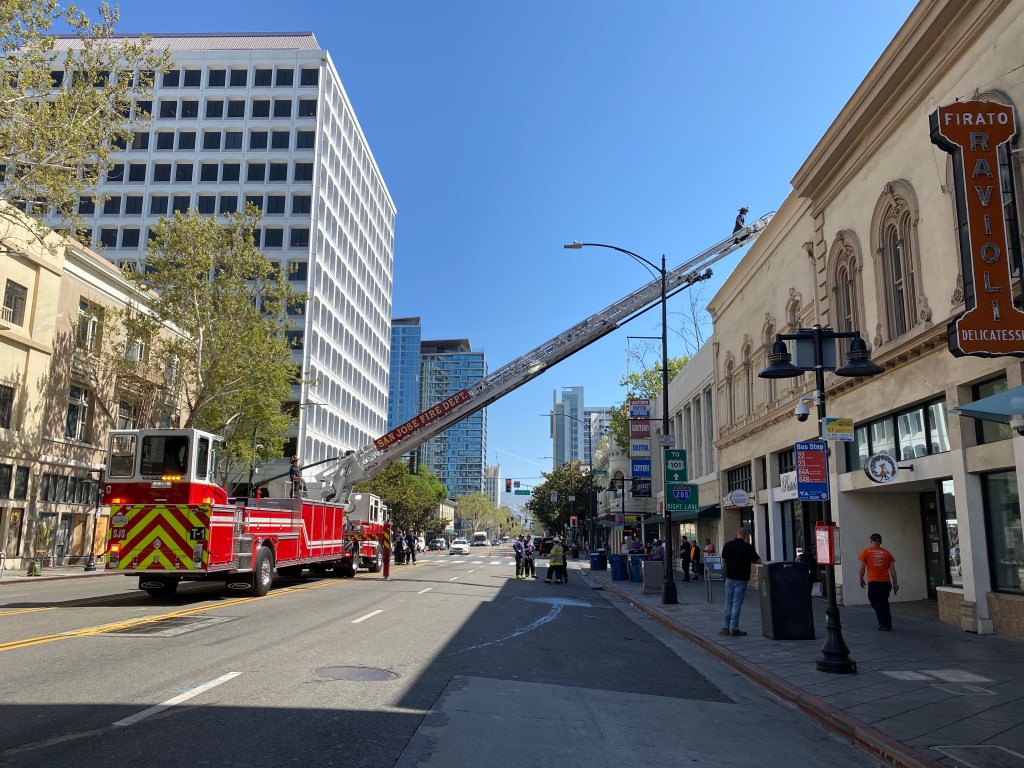 SAN JOSE — Fire crews battled a two-alarm fire that broke out Friday morning at a restaurant in downtown San Jose, which damaged the building and caused the temporary closure of two restaurants, authorities said.

The fire was reported at 10:07 a.m. at City Fish on East Santa Clara Street near North 2nd Street, according to San Jose Fire Chief Cesar Martinez. Smoke was reported coming from the roof of the seafood restaurant due to a grease fire that started after fryers were turned on at the start of the working day. Units arrived on scene and brought the fire under control by 11:07 a.m. PG&E was contacted and the building was secured.

No one was injured, but the restaurant’s food system was damaged, causing the restaurant to temporarily close, Martinez said. The exact cause and circumstances of the fire are under investigation.

Pastelaria Adega, located next door, also closed on Friday due to smoke that had seeped into the building during the fire.

Fernanda Carreira, who has owned the popular Portuguese bakery with her husband Carlos since 2019, said her restaurant was not damaged but would close due to smoke.