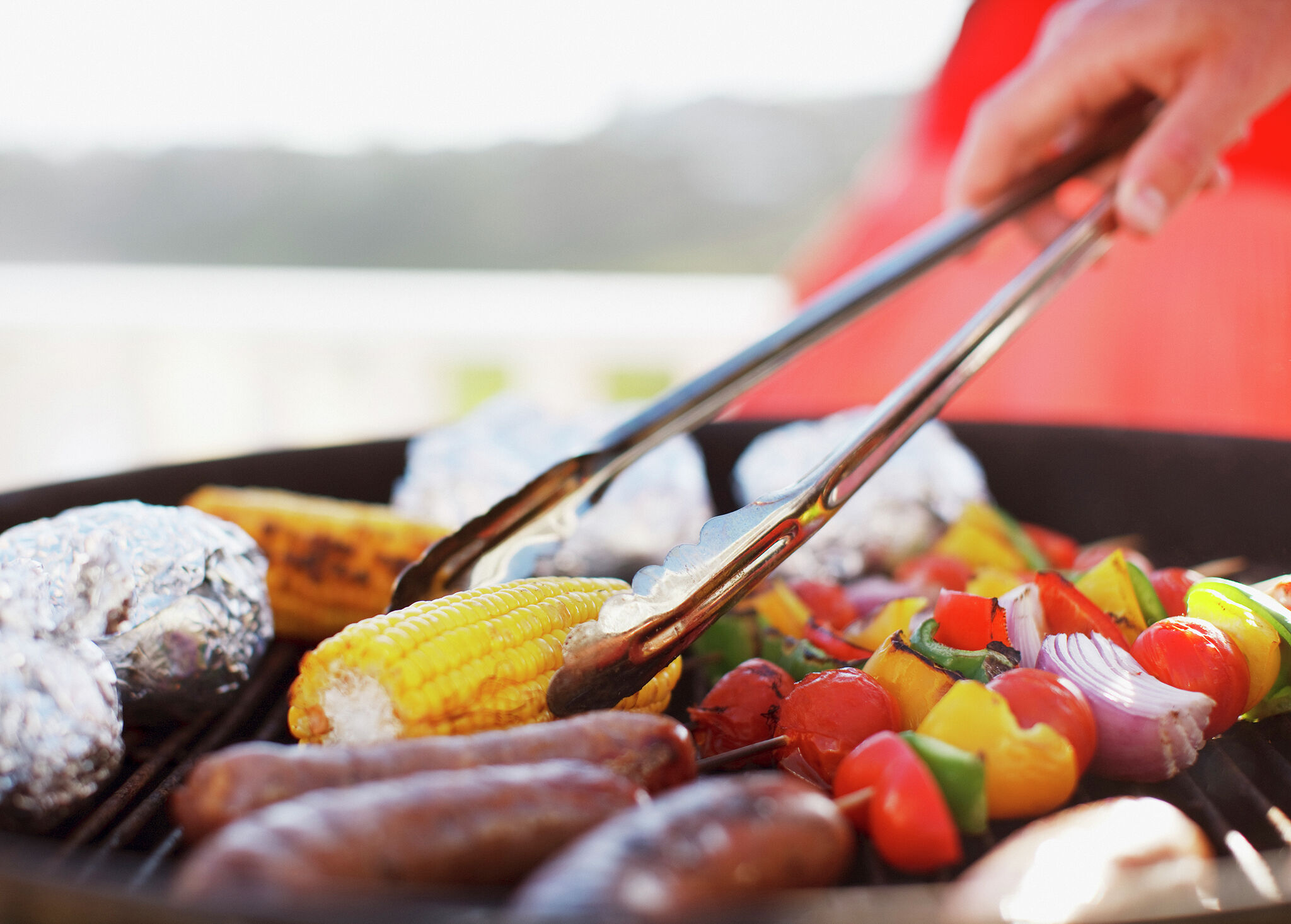 The smells of summer are back: sunscreen, freshly cut grass and burgers sizzling on the grill.

For many families, backyard barbecues are a staple of summer dining. But often the foods people associate with summer grilling — including ribs, sausages, hot dogs and burgers — are processed or high in saturated fat and sodium, contributing to health risks. heart health. And studies show that cooking meat at high temperatures can cause harmful chemical reactions that increase the risk of heart disease, diabetes and cancer.

The good news is that you don’t need to close the lid to grill. Food experts say outdoor chefs can take steps to make backyard barbecues healthier, while still being full of flavor.

People often choose fatty meats and grill them for long periods of time, said Penny Kris-Etherton, an Evan Pugh University professor of nutritional sciences at Penn State University in University Park, Pennsylvania. “What we would really like people to do is choose healthier meats, like chicken and fish.”

But if beef it has to be, go lean, she says.

Pre-cook or carve your meat

Harmful chemicals associated with cancers and cardiovascular disease build up the longer the fatty muscle meat – beef, pork, fish or poultry – is cooked or the higher the temperature, starting around 300 or 350 degrees.

Cutting leaner meat into smaller pieces that cook faster can reduce some of those risks, Kris-Etherton said. “Either pre-cook the meat in advance so it doesn’t sear too long, or lower the temperature, or cut it into smaller pieces. Add vegetables and make skewers.”

Removing or avoiding charred edges and minimizing dripping of grease on the heat source, which increases harmful chemicals, can also help.

According to an unpublished study conducted by J. Scott Smith, a professor of food science at Kansas State University in Manhattan, adding pepper and other spices to meat before grilling it can significantly reduce harmful chemical reactions. (Results are considered preliminary until published in a peer-reviewed journal.)

You need about 1 teaspoon of pepper or other spices for a quarter-pound burger, he said. Although mixing the spices into the burger is fine, just put them on the surface of the meat.

“That’s good enough, because it all happens on the surface,” he said. “The chemical reactions are due to high heat, which does not penetrate inside the meat.”

Smith’s research shows that using marinades containing herbs from the mint family, such as basil, sage, thyme, rosemary, oregano and marjoram, is just as effective as black pepper. . Antioxidants in seasonings such as garlic and paprika also help block the formation of chemical compounds, he said.

If you’re mixing spices into a marinade, it just coats the surface of the meat, Smith said.

Other research shows that a wide range of spices and herbs that have antioxidant and anti-inflammatory effects may help reduce the risk of cardiovascular disease. Kris-Etherton said using pickles or dry pickles that contain spices also reduces the need for salt to flavor foods.

“You can make a delicious sodium-free rub,” she said. “Use dried herbs and spices to rub meats and vegetables before putting them on the grill.”

Grilling vegetables is a great alternative to meat, Kris-Etherton said. In addition to popular choices like corn, there are many tasty vegetables to choose from.

Opting for whole-grain buns and side dishes such as bean salads is another way to improve backyard barbecues for heart health, Kris-Etherton said.

“Rinse them, make a salad with fresh parsley, tomatoes and onions, and brighten them up!”