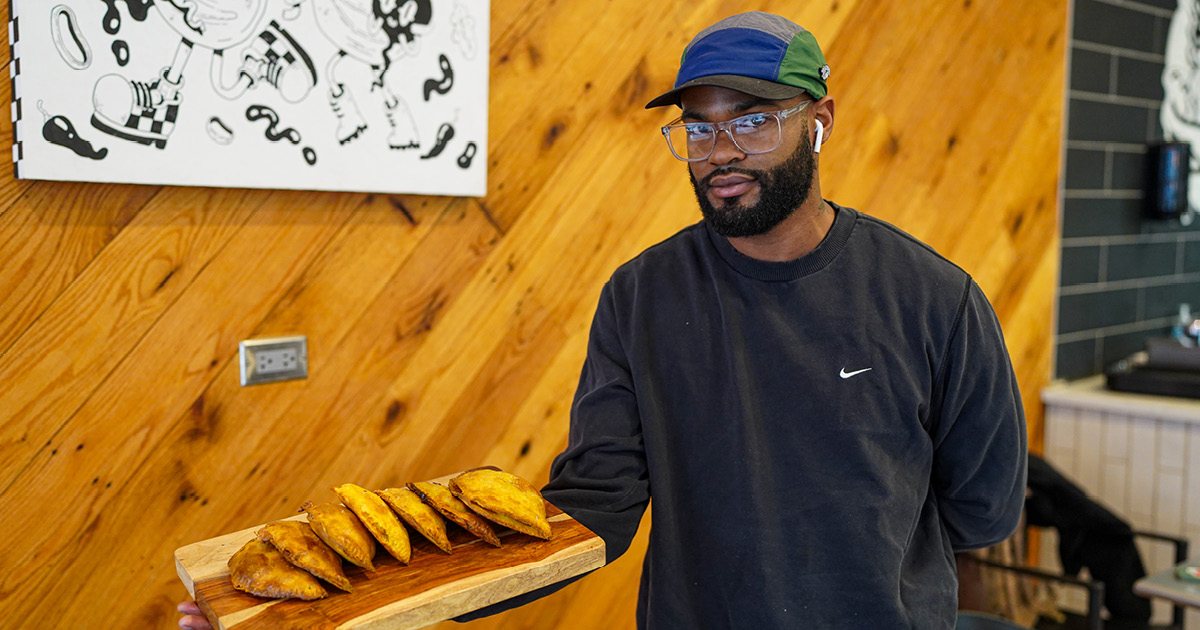 Plus, Kanella changes hands, the Pineville Tavern gets a renowned chef and more Philly restaurant news you need to know.

Hi, buckaroos. And welcome to another edition of the Monday Round-Up. This week we have news on beer, bagels, and tomato pies – some sort of weird food and drink trinity in Philadelphia – as well as openings, expansions, a great story on a galette pop-up. Jamaican and a notable change of the guard in Downtown. So let’s get started, will you? 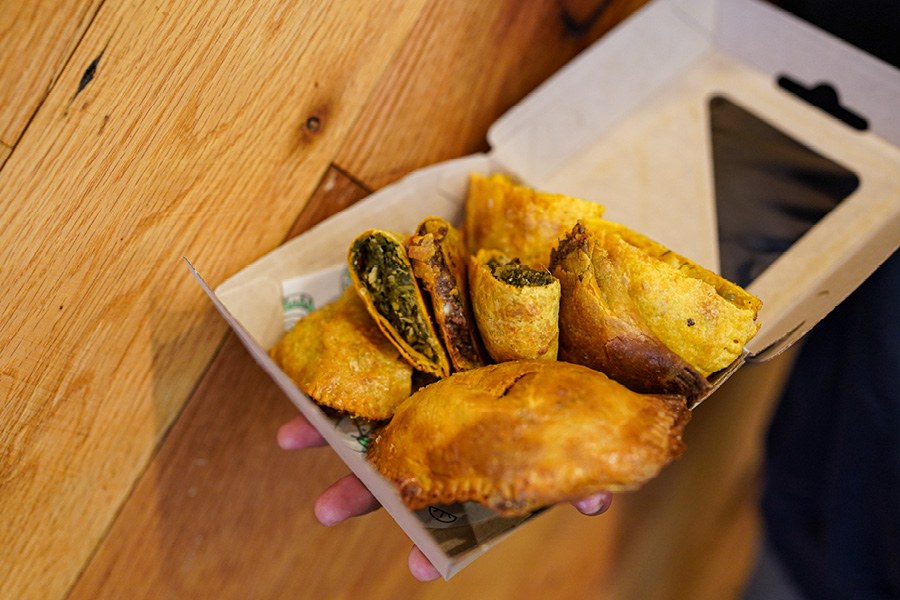 I’m putting this on your radar just because I think it’s a cool story.

On January 16, Huda – Yehuda Sichel’s Rittenhouse joint sandwich – is hosting their first pop-up event. The cool thing? It’s a pop-up for one of Huda’s line cooks.

Tevon Tyrell has spent years finding his way into some of the best kitchens in Philly. He has toured Serpico, Abe Fisher, Condessa, and currently holds his position at Huda. The point is, Tyrell makes some really good Jamaican food. His family is from Kingston. He grew up in Queens. But he spent his youth watching chefs on television connect with people through their food. And now he wants to do the same.

This is how the idea for this pop-up was born, which Tyrell calls Hummingbird Island. He’s going to connect with his roots and his customers through Jamaican meat patties, which I think is a fantastic idea (but maybe just because I really love Jamaican meat patties). So, on Sunday, he’ll take over Huda’s cooking and sell five different kinds of Jamaican pancakes (beef, vegetables, chicken curry, callaloo and salted fish, beef and cheese) as well as coconut bread from 3 p.m. to 5 p.m. will cost you $ 5 to $ 6 apiece. Coconut bread costs two dollars. It’s a really good deal, and you should totally show yourself to support Tyrell – both because I love the story of someone taking a big swing and because Jamaican patties are delicious. 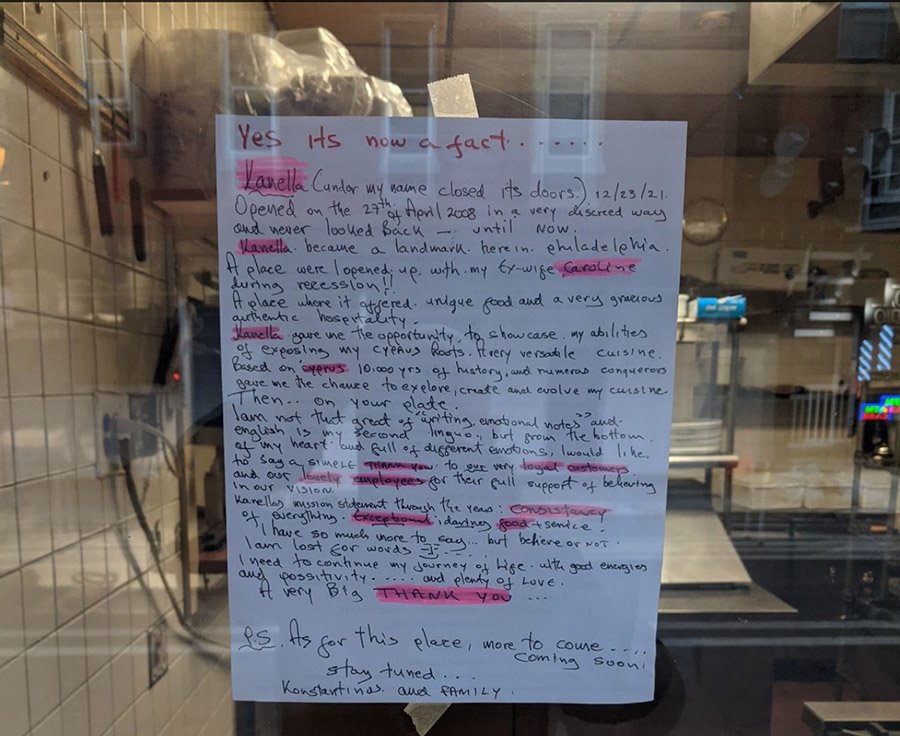 Then I posted a letter on one of the oldest social media sites in the world: a restaurant storefront.

This isn’t the first letter Konstantinos Pitsillides stuck to the kitchen window on 10th Street, but it will likely be the last. Kanella – the award-winning and beloved restaurant he opened in 2008 – has closed.

As Pitsillides writes, his version of Kanella closed its doors on December 23 after more than 10 years of bringing Cypriot food, kebabs and falafels to the masses. He walks away for his own reasons: “I have to continue my life path with good energies and positivity. But that’s not the end of the story.

“As for this place, more are to come …” Pitsillides wrote. “Coming soon. Stay tuned.”

And now we know what that meant, as it looks like veteran chef Tayfun Abuska is taking over at 10th and Spruce, promising to keep Kanella’s Mediterranean vibe (and some of Pitsillides’ recipes, as a tribute) while also expanding. attention to include more Greek and Turkish flavors.

More at Applicant, they summarized both the story of Kanella and that of Abuska. You can check it out here if you are interested. But suffice to say, it’s the start of a new chapter for Kanella. I’m curious to see how things are going. 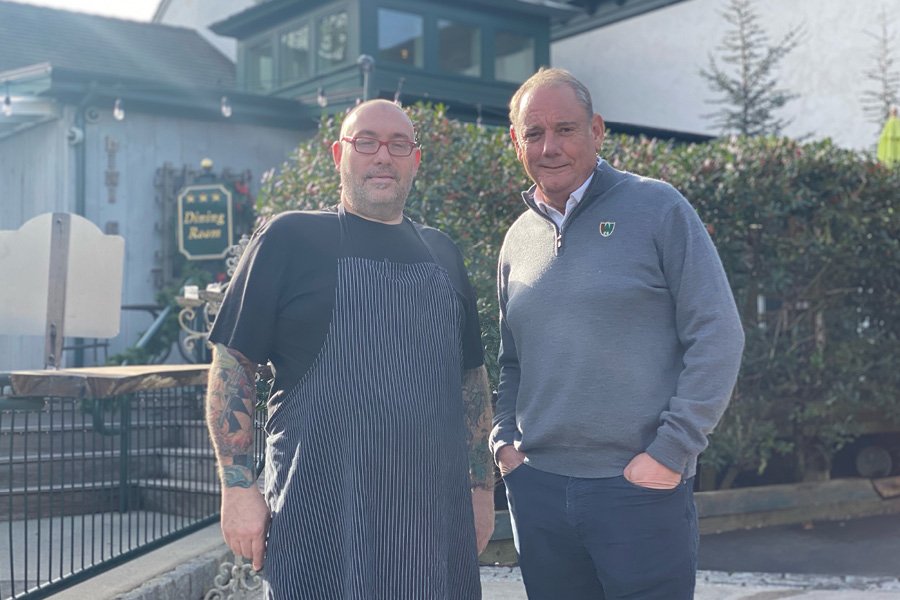 A big name for dollars

Kanella is not the only seal in the region to receive new blood in the galley.

The Pineville Tavern – the darling of the Bucks County food scene for 280 years – just announced that Chef Matt Levin has taken charge of the kitchen and released a brand new winter menu that debuted at the end of last week.

Recently Levin worked as Culinary Director at Brûlée Catering, but at the time he was Executive Chef at Lacroix. And he’s looking to shake things up a bit in Pineville. “For years, I cooked the foods people expected of me,” he says. “I am delighted to launch this new menu and to share what I love with our guests. “

Which means… well, a lot, actually. It’s reinventing some of the favorites, increasing pasta selections, adding vegetarian options to the board, making classics like the Clam Casino and Lobster Mac and Cheese, and new things like Kung Pao Cauliflower Tacos and Hot Nashville Chicken Sandwiches. The pork chop now comes with rye spaetzle and pear and bacon jam. It offers daily specials and a full range of homemade desserts. And on top of all that, the tavern itself is set to launch a 2,250 square foot garden greenhouse that can accommodate 70 people year round.

The greenhouse should be finished next month. Levin is in the kitchen right now, and his new menu debuted last week. Check if you are in the neighborhood.

Here’s one for the old dog / new stuff file …

After 112 years in business, Iannelli’s Bakery in South Philly has learned to use the Internet. Normally open only 15 days a year to walk-in customers, they now offer online ordering and nationwide shipping for their tomato pies, red sauce, and crab sauce – the latter of which is crabs. caught by a harpoon fisherman who catches, cleans and cooks each crab used.

It really is old school.

Pizza kits and cookie kits are coming next, but for now, third-gen owner Vincent Iannelli (who does everything himself) says he only makes 150 tomato pies a month and not a single one. Moreover. When he’s done, he’s done. If they all sell out, you have to wait until next month. In fact, that goes for everything he sells online. He’s available until he’s gone. So you have to wait.

Find out the details (and what’s in stock) on the Iannelli website.

For you beer lovers, the good folks at Troegs would like to let you know that it’s Nugget Nectar’s annual release season. It’s available in bottles and cans wherever Troegs is on the shelves, but they’re doing all kinds of work with local artists to celebrate the release this year, and are reimagining their annual “First Squeeze” events for those of you who do. wish. your nectar fresh from the tap.

For more information about the event, the artists, the glassware they sell, or anything else related to Nectar, check out the website. They have everything you need to know.

It appears that one Bagels & Co. location was not sufficient for the GLU Hospitality team. They are expanding with a second location at 1317 Frankford Avenue in Fishtown (due in the spring) and plan to open five additional locations in and around the city by the end of the year.

Speaking of Fishtown, the Philadelphia Business Journal reports that local seltzer trading company Two Robbers is considering getting into the restaurant game. They envision the space at 1221 Frankford Avenue as the location of a burger restaurant and flagship retail space called Burgers and Seltzers.

Obviously, this will be a place that focuses on selling sashimi and hot milk.

Joke. It will do exactly what the name suggests: sell burgers and seltzer. And while this isn’t the most creative example of a restaurant name I’ve seen recently, at least no one can ever accuse them of being too smart.

No word yet on an opening date. You’ll know more when I know more.

US plans $10 billion in funding for COVID relief for SMEs