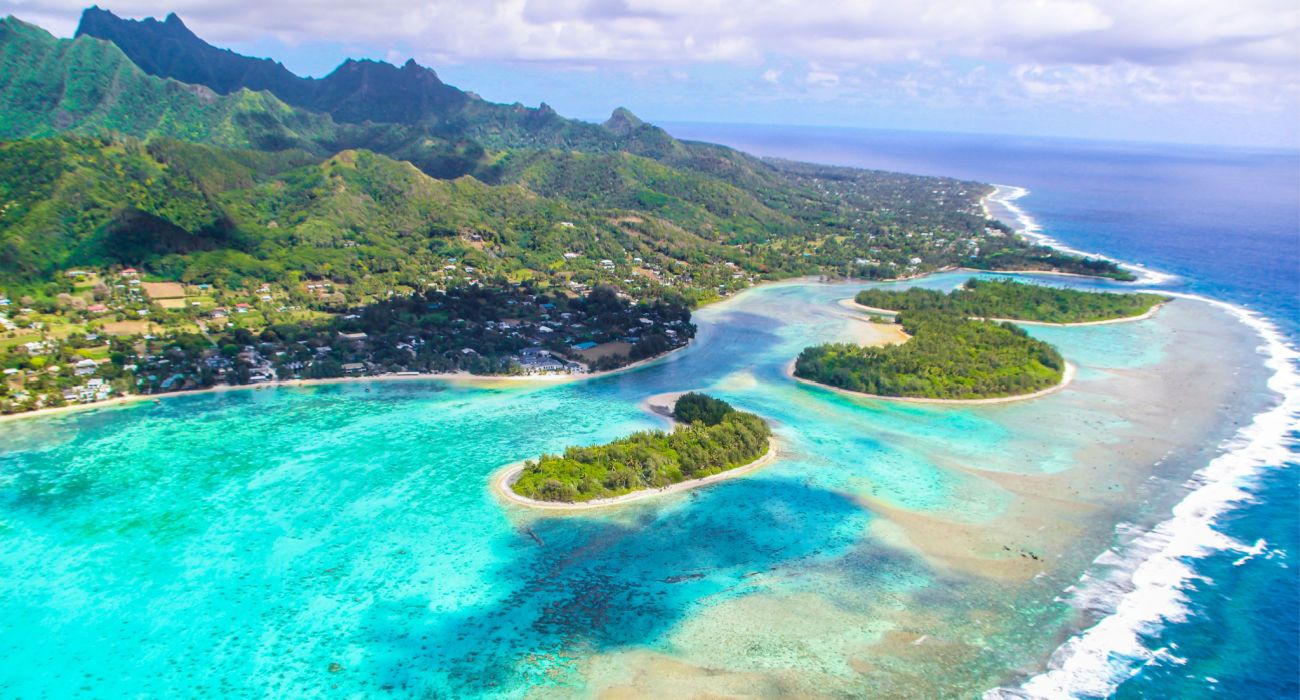 One of the most romantic and popular destinations for Americans in the Pacific is Tahiti in French Polynesia. But there are many other less heavily marketed destinations in the vast Pacific. One of the destinations to consider is the beautiful Cook Islands. These idyllic islands lie about halfway between Hawaii and New Zealand and are in the same time zone as Hawaii.

The Cook Islands is a self-governing island country in free association with New Zealand. This means that it is essentially an independent country, but New Zealand is responsible for representing it at the United Nations in other limited areas (not all countries in the world are members of the United Nations).

THE TRIP VIDEO OF THE DAY

The Cook Islands – The Forgotten Land of the Pacific

Like New Zealand, the Cook Islands were only discovered and settled in relatively recent history. They are believed to have been first settled by Polynesian people around AD 1000 (settlers are believed to have come from Tahiti). The first European contact dates back to 1595 when the Spaniards passed through the islands; later they were named the Cook Islands after Captain James Cook, who visited them in 1773 and 1777.

Why the Cook Islands are worth visiting in Tahiti

Today, the main industry of the small country is tourism. The islands are tropical and have excellent swimming and snorkeling opportunities in the middle of the vast Pacific Ocean. Rarotonga is the main island to visit, but there are also less developed islands to consider. Rarotonga is the visible tip of a volcanic cone and is the largest island in the Cook Islands group.

There are no branded resorts in the island country and no building taller than a coconut palm. It’s a world without crowds or red lights. There is a wide range of accommodation options for a wide range of travelers.

The islands are served by flights with Air New Zealand, Jetstar and Air Tahiti.

They offer an unspoiled paradise of white sand beaches, blue lagoons and verdant mountains. They have been described as a castaway’s dream with their translucent turquoise lagoons, volcanic peaks, palm-fringed beaches, atolls and mountainous islands.

Things To Do In The Cook Islands

Any stay in the Cook Islands is likely to be laid back and characterized by beach and resort. But it’s not just burning red lobster on the beaches with a cocktail in hand.

Activities in the Cook Islands include snorkeling, stand-up paddle boarding and sea scooters to explore clear lagoons and discover sea turtles and colorful fish below the surface. Go snorkeling and see how clear the waters are and admire the steep ocean drop-offs and the diversity of marine life.

Go on a lagoon cruise and make a day of it. Have a BBQ lunch and enjoy entertainment with coconuts, music and island vibes. Another activity is to go fishing in the big blue. The best season to visit is all year round.

There are tours to other islands in the island group – in particular, the second island in the group, Aitutaki. Aitutaki is accessible by a day trip from the main island of Rarotonga.

While most of what the Cook Islands has to offer is in the sea and on the beach, there are activities inland too. Hike the hiking trails of Rarotonga – in particular, the “Cross Island” Trek with the Te Rua Manga climb and Raemaru Track. Another way to see the islands is on bicycles, e-bikes and scooters – or even with a guided tour with a local storyteller. Finally, the islands can be discovered off-road with buggies and quads.

Discovering the culture of the islands can be discovered by visiting the villages and strolling through the markets of Punanga Nui.