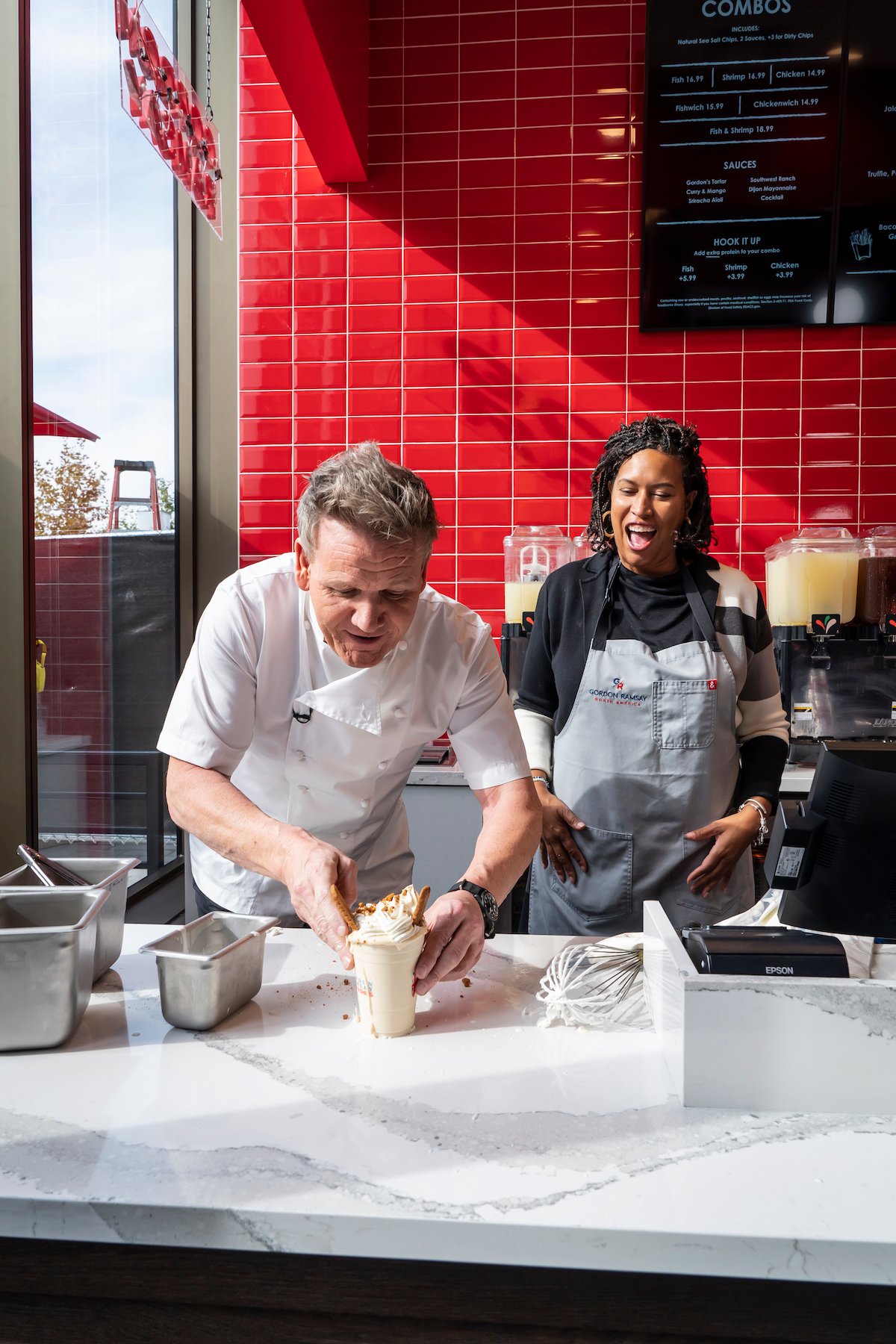 VIP-peeping beat the fall leaves last week and weekend around DC, especially if you like food world stars and/or Bravolebrities (hi!).

No surprise, The Diplomat in Logan Circle was the biggest Starr scene of them all. Comedian Chris Rock, in town for a leg of his Ego Death World Tour last week, greeted fans and dined with his friend Questlove and tour manager Tina Farris, restaurant sources said.

In their footsteps: Well done Summerhouse newly engaged couple, Lindsay Hubbard and Carl Radke, who came on Saturday night with eight friends for a large platter, snails and pepper steak. At dessert time, friend and teammate Luke Gulbranson brought The Real Housewives of the Potomac star Ashley Darby to meet the group over profiteroles, fueling rumors that the duo are dating. The crew followed up dinner this weekend with a game of commanders and a TikTok dance afterwards.

Also on Saturday, R&B singer and DC native Ari Lennox ate at Dip and was overheard telling a restaurant that it was her first time tasting creme brulee. On Sunday, the brasserie hosted Avatar: The Way of the Water actor Zoe Saldana and her friends, who feasted on tuna carpaccio and foie gras parfait, among other dishes.

At the wharf, celebrity British chef Gordon Ramsay was in town to open his first of three restaurants in Washington. The Hell’s Kitchen the host was a dream partner for Mayor Muriel Bowser in an impromptu milkshake competition at Fish & Chips in Ramsay on Wednesday, beating Deputy Mayor John Falcicchio and Hell’s Kitchen Season 10 winner Christina Wilson Ramsay also popped into the Moon Rabbit hotspots at The Wharf and Albi at Navy Yard, gushing over chef Kevin Tien’s fried chicken and Michael Rafidi’s crab hummus.

Meanwhile, San Francisco-based chef Dominique Crenn, the only three-Michelin-star female chef in the United States, teamed up with José Andrés for a jaw-dropping Minibar dinner on Saturday. Afterwards, the duo burst into the Four Seasons Georgetown and Bourbon Steak, where high-profile pal Michael Mina was hosting his first DC Food Festival (benefiting in part to World Central Kitchen) with a bunch of Excellent chef alumni (Mei Lin, all the Voltaggios) and global West Coast food and wine talents.

Hope Andrés helps break the internet by luring Taylor Swift to DC with his promise to cook for her.

Anna Spiegel covers the restaurant and bar scene in her native DC. Before joining Washingtonian in 2010, she completed the MFA program at the French Culinary Institute and Columbia University in New York, and held various cooking and writing positions in New York and St. John, in the US Virgin Islands.