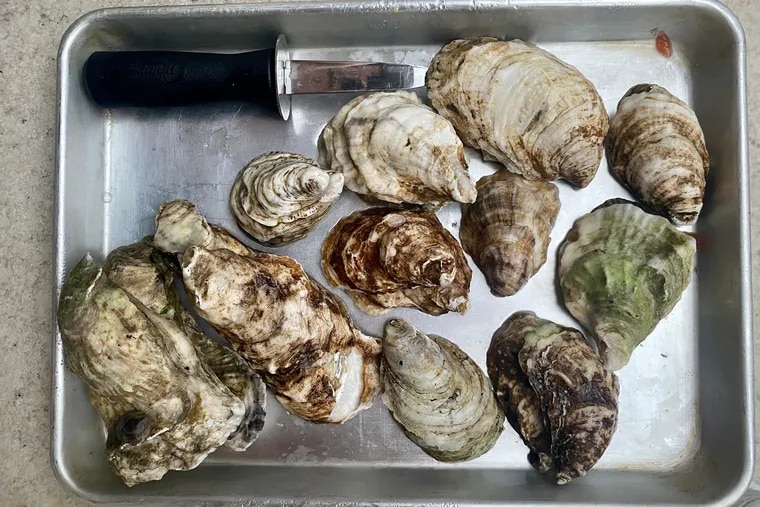 Finding good-quality seafood often feels like a shot in the dark: Raise your hand if you’re in doubt about buying a side of salmon or fresh shrimp at Acme.

That’s not a worry for Philly’s waterfront residents thanks to Fishtown Seafood, a convenience store selling sashimi-grade salmon, cold-cracked lobster, super-frozen bigeye tuna, canned fish and 12 varieties of oysters. Owner Bryan Szeliga started the business as a home delivery service last September, then went brick and mortar in March, when the storefront opened in a former grocery store on Belgrade Street and East Columbia. Ave.

Szeliga came to retail after years of working in the seafood industry, including Sustainable fishing partnership, a non-profit organization that works to promote sustainable sourcing at major companies such as Sam’s Club, Walmart and US Foods. He channeled the lessons learned there when sourcing the shop, selecting from a global network of fisheries and suppliers with the best environmental practices.

“I want to have impactful sourcing standards, rather than just ticking the box and saying something got third-party certification,” says Szeliga.

None of Fishtown Seafood‘s stock has been airlifted, nor are there any chemicals added. A large proportion of frozen seafood has been ikejime-harvest, a Japanese method of killing fish that results in a more humane catch as well as better preserved proteins. Or consider lobster, which has been “cold-cracked,” where the flesh is squeezed out of the shell and then frozen. There are more benefits to this than dealing with shellfish crackers, says Szeliga.

“Whether [customers] whether you know it or not, the live transport of an animal out of its environment as it declines in quality, dies, suffocates, and then possibly boils alive – you were able to remove that from the chain of d supply and giving people a better option to consume something,” he says, quickly adding that there are still improvements that could be made to the system.

“It’s not perfect, but at this point it’s the best we can do with the lobster. And the quality of it is impressive.

This sentiment reflects Szeliga’s broader sourcing philosophy. It aims for the lowest possible carbon footprint, but much of the seafood is domestically and globally sourced. There’s king salmon from New Zealand and Alaska, prawns from Costa Rica and Indonesia, snapper and grouper from Florida, and other products from Korea and Australia. Szeliga also works closely with real fina wholesaler based in New England.

The geographic diversity of vendors means it can stock a wide variety of seafood, including sought-after items like sablefish, staples like sea scallops and calamari, and more obscure items like plant-based seafood and cusk (“it’s like a hot water lobster tail”). Salmon has been the shop’s best seller so far, and oysters have also been popular, especially during happy hour on Fridays, when some oysters are a dollar apiece. (Fishtown Seafood is a public drop-off site for the Philadelphia Water Department’s Oyster Shell Recycling Program, so bring the shells back!)

Szeliga hopes to add to his product selection as he expands his customer base. It offers classes – mostly oyster shucking classes for now – on Monday afternoons and evenings for small groups; their price is at the price of the product. This is a good outlet for Szeliga to provide seafood education, which he is eager to do. He’s quick to give customers information on everything from where and how a fish was caught to the best way to thaw and prepare it.

“I’m just happy to tell a story to anyone who wants to listen to me,” he says.