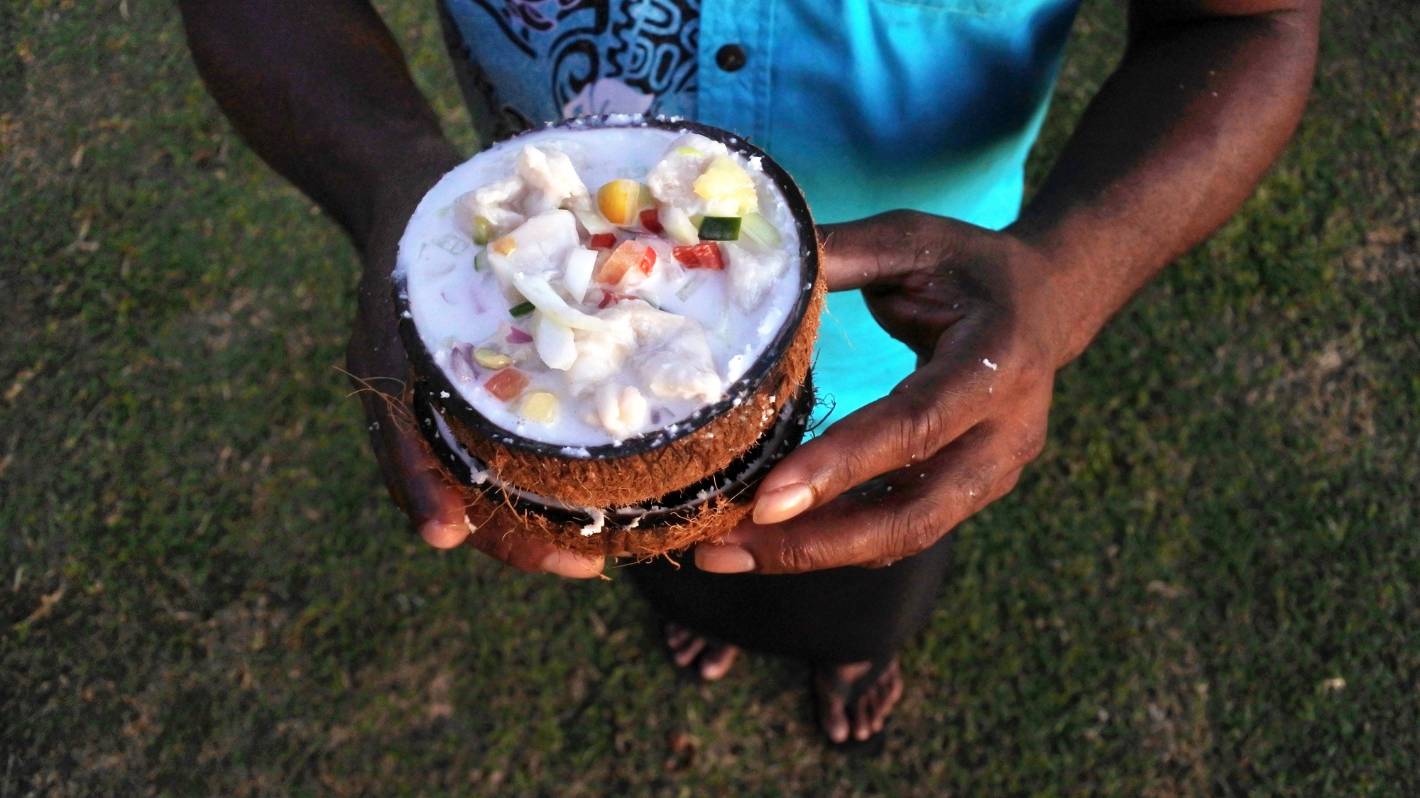 Five Foods Every Visitor to Fiji Should Try

Not so long ago, Fiji had a pretty bad reputation for its food. You could eat (very) well if you were lucky enough to be invited to dine with the locals, but visitors who relied on restaurants and resorts were often left disappointed. Unless, perhaps, they have a thing for kitschy 80s-style cocktails and bland Western buffets.

Luckily, many resorts now offer dishes inspired by traditional Fijian cuisine using the country’s famous fresh fish and tropical produce, and you can also find some fantastic authentic food at restaurants in Nadi and Suva. Here are five dishes to watch out for.

Similar to a Māori hāngī, the lovo is an underground oven that produces smoked and simmered feasts. The hand-dug pit is lined with wood and volcanic stones, and when a fire is lit, the stones heat up and food wrapped in banana leaves or foil is placed over them.

The pit is then covered with coconut leaves and soil and left for about one to five hours for the food to cook. Contents vary but often include a whole pig, fish, chicken, starchy vegetables like taro (dalo) and yam, and the green dream of a dish called palusami.

If there’s one surefire way to make greens appeal to those who usually reject them (hello kids), it’s to cook them with coconut cream. Made from slow-cooked taro leaf bundles filled with coconut cream, palusami is usually served as a side fish. But if you’re anything like me, you could eat a big bowl of it as a standalone meal.

Generally milder than their Indian counterparts, Fijian curries are often made with fish or chicken, coconut milk, tomatoes and, sometimes, plantain. Mop them up with rice, roti or – for a non-traditional but arguably even tastier take – cassava chips. A staple root vegetable in Fiji, cassava can be a bit bland for some palates, but becomes downright addictive when turned into hot chips.

Made with cassava, coconut, sugar and coconut cream steamed in banana leaves, this sweet and sticky treat isn’t the healthiest of Fijian foods, but it’s is one of the most delicious. It goes particularly well with banana slices and ice cream.

This story was created through an editorial partnership with Tourism Fiji. Learn more about our partnership content here.