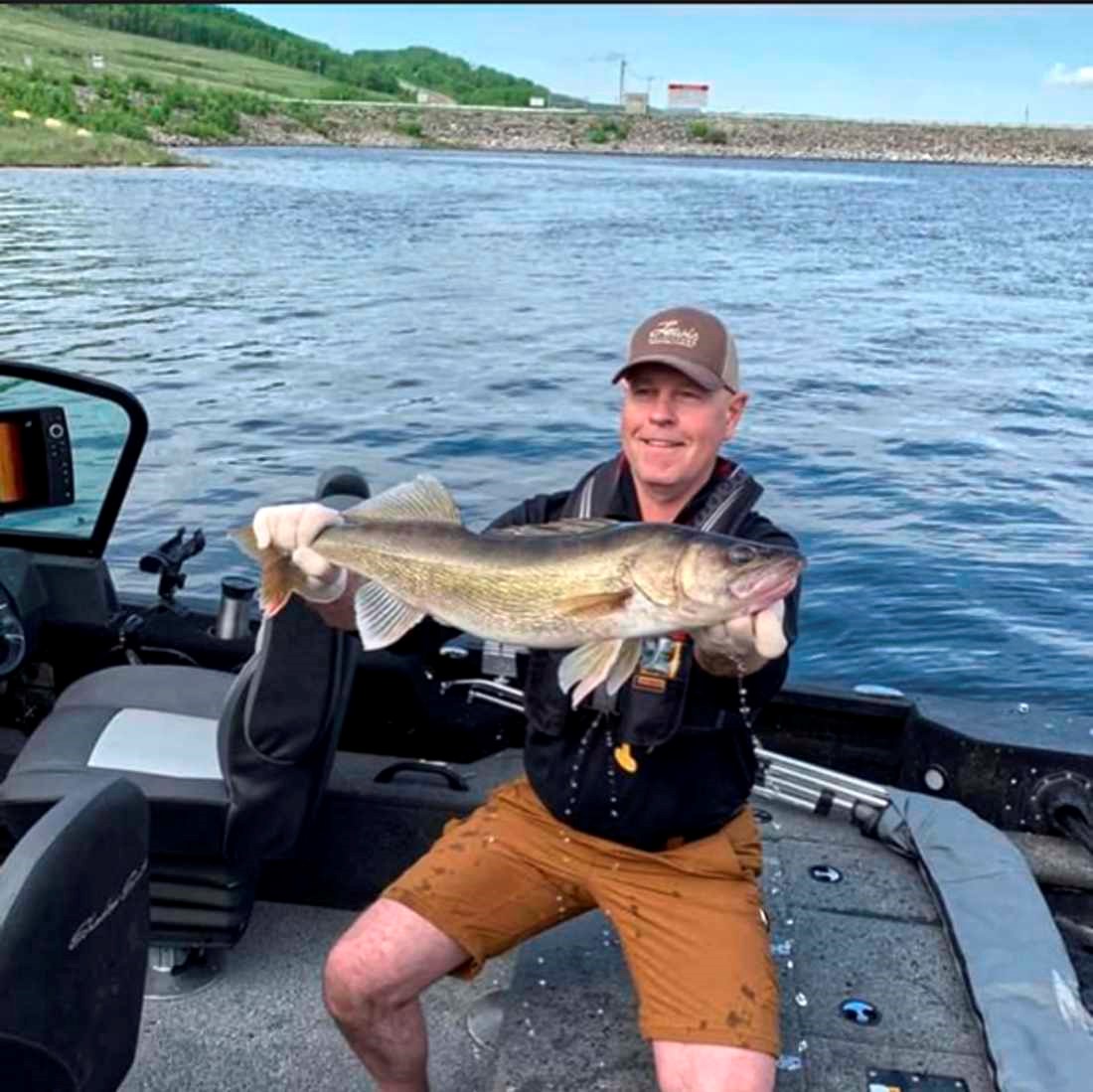 A big fish was waiting for Randy Lewis to grab a victory in a bittersweet fishing tournament after the unexpected death of his mother.
Eileen Lewis lived in Virden for 20 years. She died on June 6 at the age of 77. She and her husband Ed raised three active children on the Lewis family farm near McAuley. One of these children, Randy, is very interested in the sport of fishing.
Randy was pre-fishing for this year’s Prairie Classic Walleye Tournament at Lake of the Prairies when he received unexpected news of his mother’s passing. With only three days left before tournament entry, Randy considered withdrawing, but his family urged him to continue, saying it was what his mother wanted, so he continued his preparation. .
On the first day of the June 10-11 Fishing Tournament, he and his wife Cheryl’s brother Brian Cook were 80th out of 110 boats, but not far from the leaders in fish weight.
“On the second day, my brother-in-law and I were just going to hang out and have a fun day,” Lewis explains. “In the first half hour of the day, I caught the biggest walleye I’ve ever caught on this lake. By the end of the day we had caught over 100 walleyes and went from 80th place to first place winning the event.
The fish caught that day put Lewis and Cook in first place in the derby and a top prize of $25,000. Five qualified fish from each day were weighed, yielding 22.5 lbs. who was 0.68 pounds ahead of second place in the tournament.
They also won the Best Local Team award and the Day Two Biggest Fish award, a $1,300 prize for the 29.5-inch-long fish weighing 7.99 pounds. “I’ve been at the tournament for 15 years and I’ve never caught one this big. It seemed incredible. It was a very good day. »
When Randy called to tell his dad the good news, he said “we had an unfair advantage because mom was an extra person in our boat that day.” Randy Lewis had a special cup on board for the tournament. “Mom got me a cup of coffee for Christmas one year. She gave us all Contigo travel mugs. With a hitch in his voice, he said, ‘He said, Rise and Shine, It’s Fishing Time. “