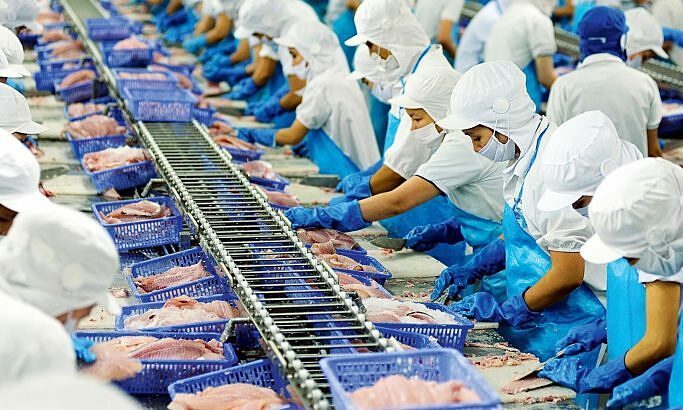 Workers process seafood at a factory in Vinh Hoan. Photo courtesy of the company

Exports to the United States fell 37% year-on-year and to China by 52%.

The financial figures of the two companies reflect the difficulties facing the Vietnamese seafood industry.

Seafood exports fell to a seven-month low of $850 million in September, according to the Vietnam Association of Seafood Exporters and Producers (VASEP).

This is due to lower consumption in the US, EU, China and UK, which has been recorded since July.

Analysts at ACB Securities said shrimp is considered a premium product and during tough times consumers tend to turn to cheaper protein.

Sao Ta executives expect there will be no major breakthrough in sales for the remaining months due to rising global inflation. However, they are confident that the company’s profit targets will be met.

Thanks to a strong recovery in the first half of the year, VASEP expects Vietnam’s seafood exports to reach this year’s target of $11 billion by the end of November.