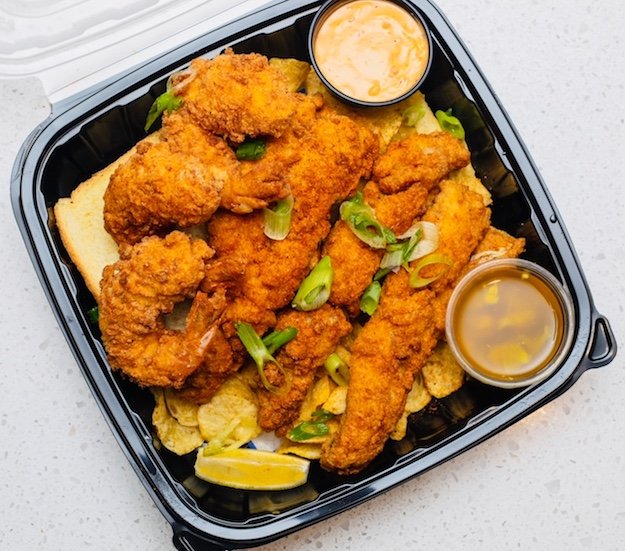 Dudley and Van Kline, who are both chefs, currently run a business offering catering and personal chef services. They also had HK Fish House at miXt Food Hall in Brentwood, MD before deciding to move their stall to Baltimore.

Dudley and Van Kline told SouthBMore.com that they had successful pop-ups at R. House in Baltimore and one of their clients recommended they check out Cross Street Market. They said they “felt a lot of love” from the Baltimore clientele and that Cross Street Market “felt like home” when they watched.

“The [Cross Street Market] the owners really wanted us here,” Dudley said. “It was a good match”

Dudley is originally from the Bronx, NY and spent his summers growing up with his grandparents in New Orleans and Mississippi where he worked in their restaurant. He has worked in the food industry since 1994, working for hotels, casinos, cruise lines and private restaurants. A job at MGM National Harbor brought Dudley and Van Kline to Maryland. Dudley recently retired from corporate jobs to work full time for HK.

Van Kline is originally from Harlem, NY and decided to go to culinary school in 2007 after working for 17 years at Verizon. She has a background in catering and has been a private chef for celebrities.

HK’s menu is inspired by New York’s Friday night fish fries. It will also have Creole influences from New Orleans and Mississippi with nods to Baltimore seafood.

Dudley said the sandwich is similar to the one he would order growing up, but with a chef’s twist. It was named one of the eight best new sandwiches in the DC area by the Washington City Paper.

HK will also have The Hangover, which is the fried fish sandwich with scrambled eggs; catfish po’boys and fried shrimp on French bread; and a shrimp roll sandwich with Creole dressing on a New England split-top roll.

The menu will additionally feature salads with grilled shrimp and salmon, Creole fried chicken wings, shrimp and grits, as well as platters of shrimp, catfish and fried whiting.

HK will be open seven days a week for lunch and dinner, but the owners are also looking to open their delivery window to E. Cross St. late at night on Fridays and Saturdays.

Dudley and Van Kline said the booth will be revamped with new colors and cosmetics to give it the vibe of the old-school hip-hop they grew up listening to in New York. There will be a hip-hop mural inside and signage and a new mural on the exterior wall near the take-out window.

Dudley and Van Kline hope to open HK in October. They’re also hosting another pop-up at R. House that month. They indicated that they wanted to open a permanent stand at R. House in the future.

“We’re thrilled to come to Baltimore and show everyone the same love they showed us,” Dudley said. “We signed a five-year lease, we’re not going anywhere.” 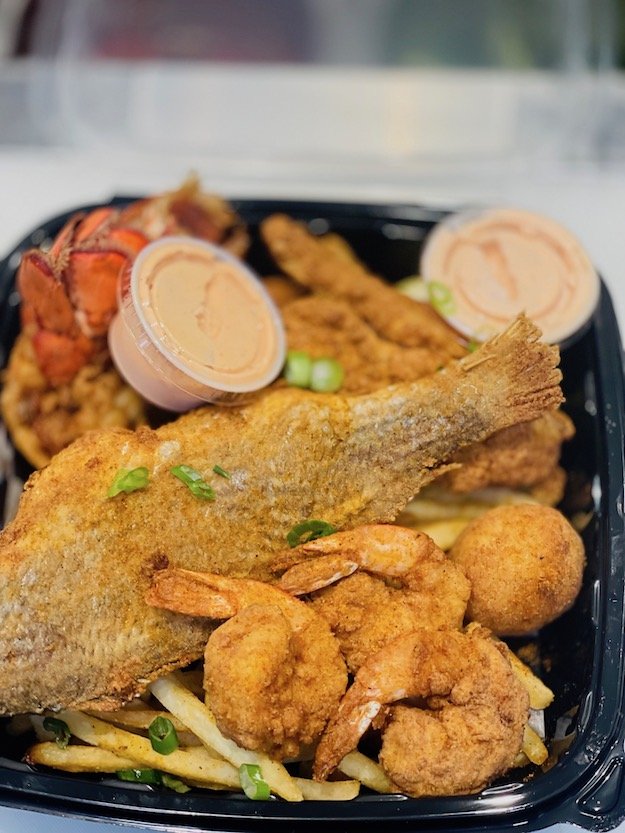 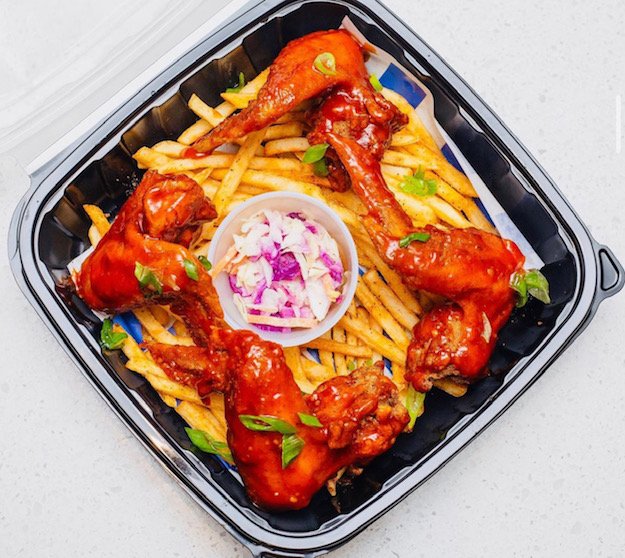 About the Author: Kevin Lynch

Founder and publisher of SouthBmore.com, longtime resident of South Baltimore and graduate of Towson University. Fan of Diehard Ravens and O, father of three, amateur pizza maker, skateboarder and foodie. Email me at [email protected] and follow me on Twitter at @SoBoKevin.