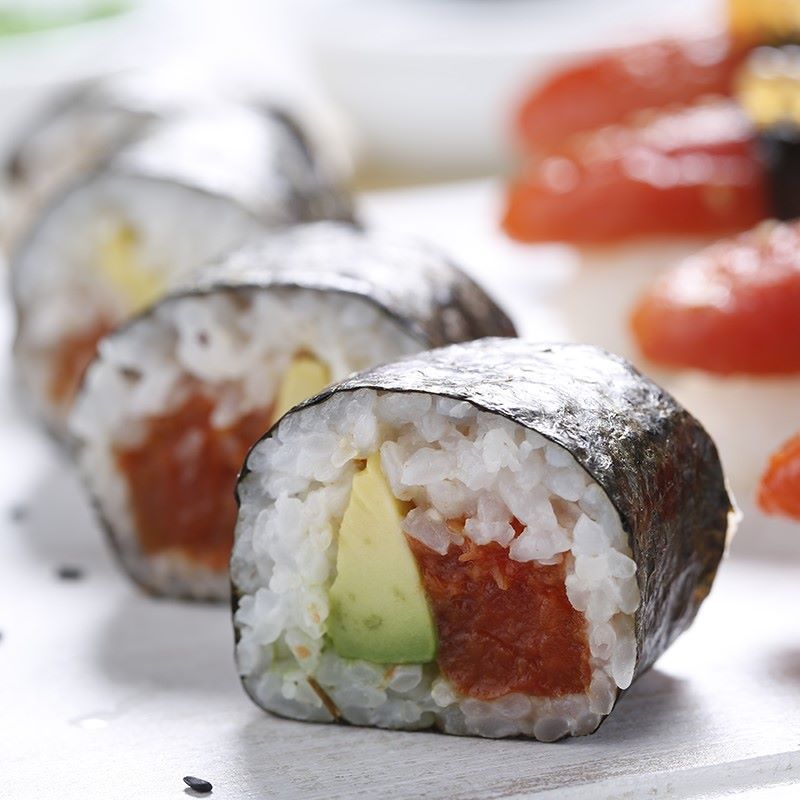 August 22, 2022 — Spanish company Mimic Seafood is expanding its production capacity in Madrid to bring its tomato-based tuna sushi to more consumers, hoping to provide a plant-based alternative to seafood and offer some relief to the overexploited oceans.

“We believe consumers will appreciate the variety and we’ll see a growing market for plant-based, cell-based and fermented seafood,” said Ida Speyer, CEO and co-founder of Mimic Seafood. FoodIngredientsFirst.

Its plant-based alternatives to seafood are currently available in Spain, Denmark and the Netherlands, and the company plans to launch in the rest of Europe within the next five years.

“We started with Tunato because we wanted a product that could replace a very problematic fish, tuna. Tuna fishing practices are extremely harmful and the fish itself can present hazards to consumers such as high levels of heavy metals and microplastics,” says Speyer.

Manufacturers of fish alternatives are realizing that consumer health concerns can be alleviated. Achieving this via safer plant-based ingredients or via the controlled environments found in laboratories, such as with cultured seafood, in an effort to attract new customers.

Pearlita, a player in the cell-based shellfish market, is working to develop oysters that are resistant to food poisoning.

“Tomatoes and raw tuna actually share about 100 flavor and aroma components, but we have to modify the tomatoes to achieve a taste and mouthfeel that resembles tuna. For this, we use ingredients such as organic seaweed,” she notes. 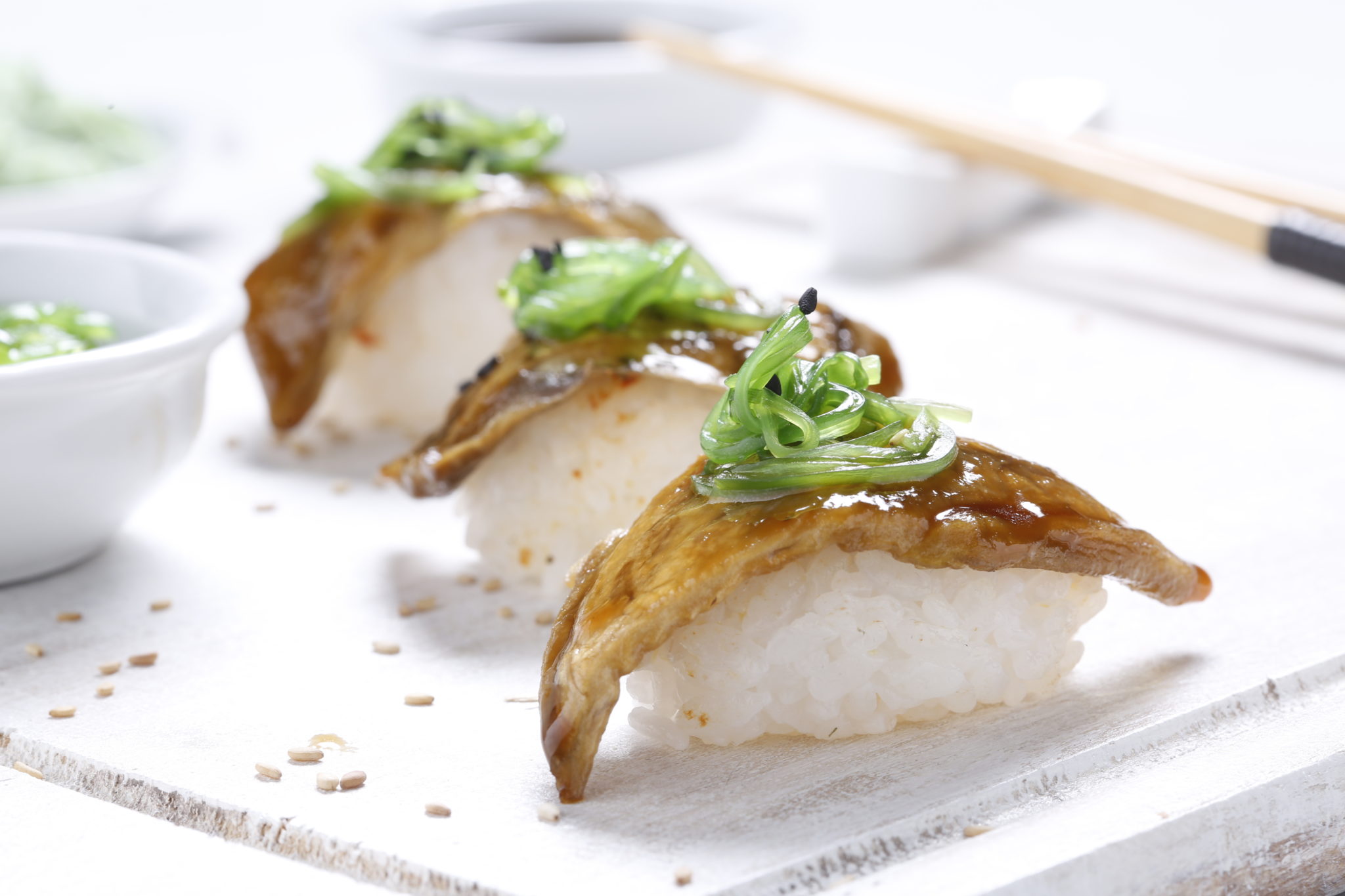 With the new installation, Mimic Foods is ready to increase its production to several hundred kilos per day. (Credit: Mimic SeaFood).mediterranean diet
Fish is a staple of the Mediterranean diet in southern Europe and northern Africa. However, Mimic Foods believes there is a market for plant-based alternatives to seafood.

“Many consumers in Mediterranean countries are actively looking for healthier ways to eat good food. As with many other new food categories, the first consumers we see adopting plant-based seafood are young consumers in urban areas such as Madrid, Barcelona and Valencia,” says Speyer.

Regardless of fish, simple ingredient lists are key to avoiding supply chain issues. Reformulating products towards simple, clean recipes has been a trend this year, alongside local sourcing of ingredients.

“We source most of our ingredients from family farms in Spain. Our network is based on very solid partnerships which allow us to have full confidence in our supply chain”, she specifies.

Eel and even burgers
Aubergeel, an eggplant eel substitute, is Mimic Foods’ latest addition to its catalog. Composed of Japanese eggplant, soy, mirin, sake, whole cane sugar, rice vinegar, sesame oil and cornstarch flour, it offers a more complex formulation than its tuna recipe. , but uses the same technique to recreate the flavor of eel.

“It’s a perfect substitute for marinated eel in dishes like sushi or poke bowls,” the company notes.

Additionally, it can imitate Danish dishes such as smørrebrød, according to Speyer, who hails from the Nordic country.

“The launch of HostelEel coincides perfectly with the opening of our new large-scale facility in Motril, Spain. We are ready to increase production to several hundred kilos per day and we will be able to expand into European markets at a much faster rate than before,” the company points out.

Plus, Tunato is a versatile ingredient that can be used in burgers because it adds both depth and flavor and a “refreshing umami note” that goes “with pretty much anything.”

The future of seafood 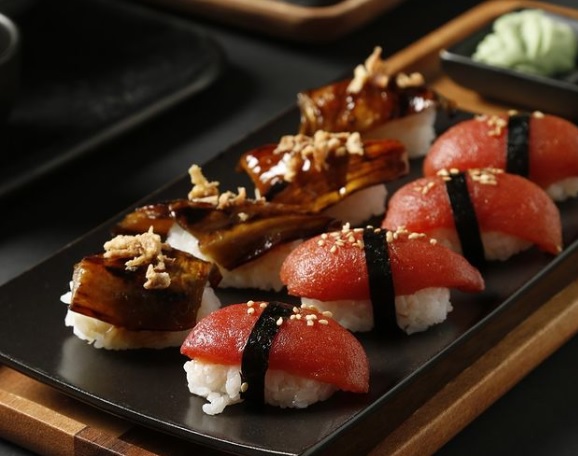 Tunato is a tomato-centric sushi made with olive oil, seaweed, soy sauce, and a blend of spices. (Credit: Mimic Seafood).
The industry’s belief in the commercialization of cell-based seafood has led to significant firsts for the sector, including “no-ocean” cultured oysters, shrimp and even 3D-printed fish.

Cellular shrimp maker CellMEAT has detailed its ambition to bring its flagship Dokdo Cellular Shrimp to markets in South Korea, the United States and Singapore by 2024.

However, South Korea has not yet approved a definition of cultured meat, which explains CellMEAT’s goal to first market its products in Singapore, the first country in the world to approve cell-based products. .

Meanwhile, in the 3D printing camp, an international food tech company has signed a memorandum of understanding with Umami Meats for the joint development of 3D printed cultured structured seafood.

To contact our editorial team, please email us at Editorial@cnsmedia.com

If you found this article useful, you may wish to receive our newsletters.
Subscribe now to get the latest news straight to your inbox.

Let the pasta feast take you to the Mediterranean sun