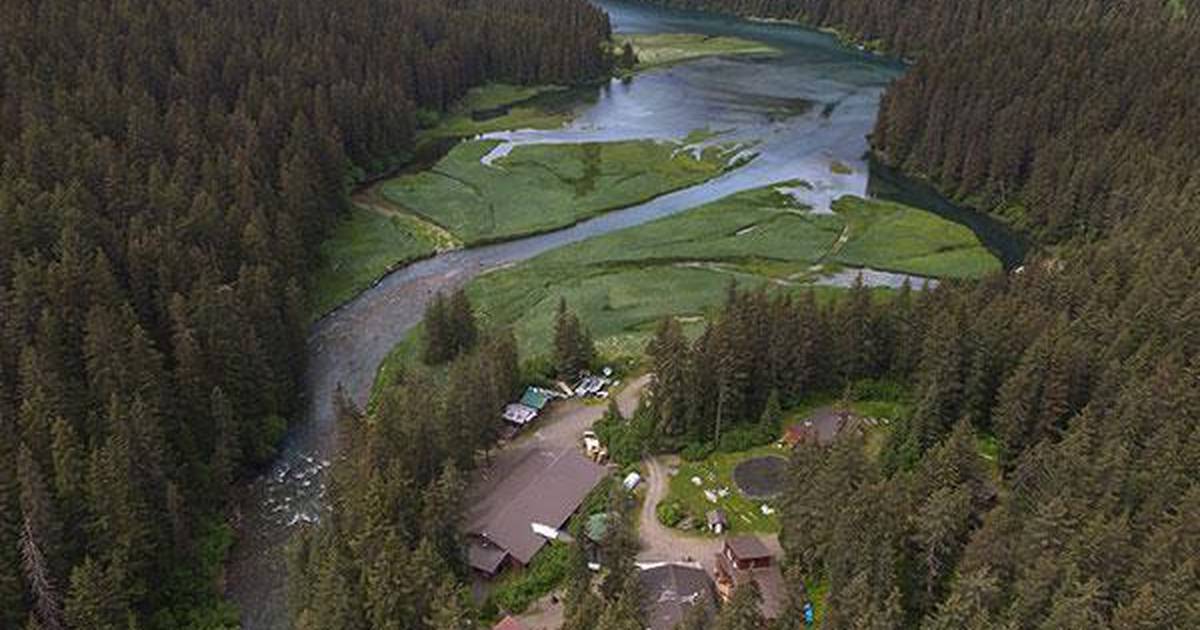 Kachemak Bay State Park is a majestic land of endless hiking, kayaking, camping and adventure, just a short boat ride from Homer’s Bay. People flock from all over the state to play in this incredible and vibrant space that has been preserved for the enjoyment of all Alaskans. The park is home to several unique coves and bays, including China Poot Bay and Tutka Bay Lagoon. You may have heard about these areas over the last few months in relation to Bill 52 from Homer’s Rep, Sarah Vance.

House Bill 52 proposes to remove Tutka Bay Lagoon from Kachemak Bay State Park so that the private pink salmon hatchery can continue to operate its facilities. This bill was born in opposition to the new management plan of the Ministry of Natural Resources that the park intends to adopt. The plan deems the Tutka Bay Lagoon pink salmon hatchery incompatible with the park and requires the Cook Inlet Aquaculture Association, the organization that manages the hatchery, to relocate it by 2031. This makes sense for de many reasons. The park was designed to be used and enjoyed by average people like you and me, not large private entities. Regardless of the land designation, this is a poor location for a hatchery of this size. The lagoon is too small to support the volume of pink salmon that the hatchery releases – about 30 times more than the original wild run there – causing many problems with its operation. Closing this hatchery will be of great benefit to the Cook Inlet Aquaculture Association, or CIAA, as it gives them the opportunity to find a new area that can support operations that they are struggling to operate in the lagoon. If they are able to get a location with enough fresh water, they could produce higher value fish, like chinook or sockeye salmon, rather than less valuable pink salmon.

The future closure of the Tutka Bay Lagoon hatchery has raised concerns for some. The main one seems to relate to the China Poot dip net. Some of you may never have been to China Poot or been there before. It is a unique and extraordinarily beautiful place, accessible by boat – if the tide rises – and narrows down to China Poot Creek, which flows into the bay. You will often see people catching salmon there at the head of the creek, but if you put on your waterproof gear, venture into the creek and cross a few waterfalls, you will reach the landing net area. This fishery is restricted to residents of Alaska and each person is entitled to six sockeye salmon per day. With the large amount of fish going around, it’s pretty easy to catch your limit. Since Kachemak Bay is home to such rich stocks of wild fish, you might think this is a natural race; however, these fish were hatchery-born. They are raised at the Cook Inlet Aquaculture Association’s Trail Lakes Hatchery near Seward and brought to Kachemak Bay for release.

The fish go through a long journey before they get to our table, and the Tutka Bay Lagoon facilities play a small role in that. The eggs and milt are ‘caught’ in the Tutka Sound Lagoon and then sent to the Trail Lakes Hatchery near Seward, where they receive most of their care. The eggs are fertilized and cared for until the fish are in the fry or smolt stage of their life cycle. At this point, they are brought back to Homer to store Leisure Lake, along with some that go to Tutka Bay for future breeders. The hatchery fish then move through a regular salmon life cycle, spending some time at sea before returning to where they were stocked, or up to China Poot Falls to be captured by we either to Tutka Bay to be captured for eggs and milt.

The Cook Inlet Aquaculture Association operates four hatcheries in the Cook Inlet area; the closest to Homer is the Tutka Bay Lagoon Hatchery. The hatchery has become too big for the lagoon. It no longer has the capacity in freshwater to raise sockeye salmon and at this point is only capable of raising pink salmon. The closure of the pink salmon hatchery in Tutka Lagoon does not need to affect the availability of sockeye salmon in Tutka or China Poot.

We can look at recent history to find out more. Between 2004-2011, the CIAA itself closed this hatchery due to insolvency due to low prices for pink salmon. During the near decade of their shutdown, the CIAA continued to collect its small sockeye eggs remotely and send them to Trail Lakes to raise the fish. The China Poot dip net fishery continued to thrive despite the closure of the Tutka hatchery; and it would certainly prosper in the future if the CIAA allowed sockeye to be farmed at the Trail Lakes Hatchery, as it has done for many years.

Alternatively, the Alaska Department of Fish and Game stocks many lakes around Alaska with a variety of fish species. It appears that stocking sockeye salmon in Leisure Lake would be well within its capabilities, especially since Fish and Game operated the Tutka Bay Lagoon Hatchery and catches fish. ‘eggs for many years before it was transferred to the CIAA. Another consideration is that the CIAA will have 10 years to move its operations out of the state park. There is plenty of time for other options to present themselves to better support this sockeye salmon fishery. Maybe the CIAA will even find a place with enough fresh water that they no longer need to rely on Trail Lakes to do most of the sockeye process.

While harvesting the eggs and milt is obviously important, it is only a small part of the process. It seems absurd to me that we need a large pink salmon operation overlooking the bay to operate a small sockeye fishery. People would have you believe that we can’t have one without the other, and that in order to keep Poot fishing you also need to support a Pink Hatchery that has outgrown its place in the lagoon. The CIAA should see this closure as an opportunity to better serve Alaskans and themselves in a more ideal location. Support Kachemak Bay State Park and the Cook Inlet Aquaculture Association by supporting the new park management plan and opposing Bill 52.

Cristen San Roman is a 23 year old resident of Homer with experience processing seafood and fish.

The opinions expressed here are those of the author and are not necessarily endorsed by Anchorage Daily News, which welcomes a wide range of views. To submit an item for consideration, send an email comment (at) adn.com. Send submissions under 200 words to letters@adn.com Where click here to submit via any web browser. Read our full guidelines for letters and comments here.