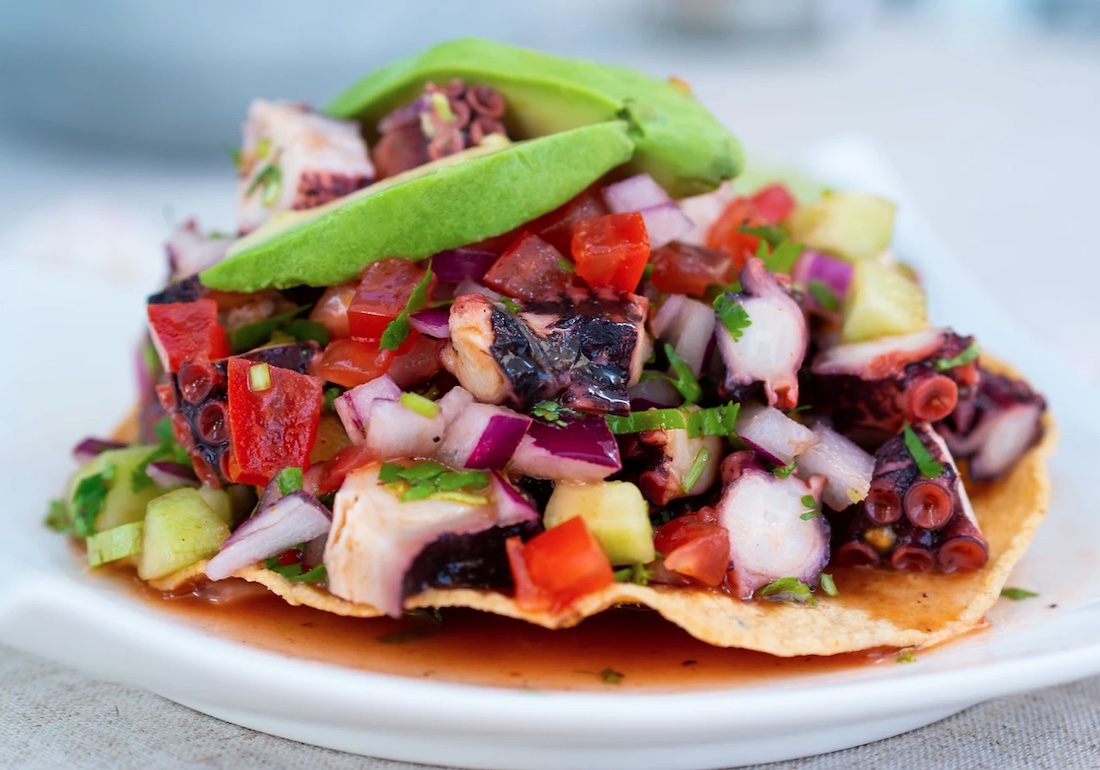 WILMINGTON — For Emmanuel Ibarra, launching a concept around fresh Mexican-style seafood seemed like a good next step in his family’s 31-year career building a restaurant group. El Mariscal, now open in the Landfall Mall, focuses on the brackish flavors of the sea, brightened by citrus fruits and spiced up with chilli.

It is based on the cuisine of Nayarit, Mexico, bordering the Pacific Ocean.

READ MORE: In other food news

“It felt like Wilmington was ready for this,” Ibarra said by phone, while vacationing in Mexico with his family.

This is restaurant number seven for Ibarra and his family. The first El Cerro Grande was opened by his father, Manuel, and has since expanded to three Mexican-American restaurants across the city, owned with partners. Abel Bravo, Junior Zarate and Gustavo Ibarra. The group has two fast and laid back taquerias, El Arriero, launched eight years ago. In 2017 they opened the Zocalo, a step up in the Mexican dining experience that also showcases authentic cuisine.

Ibarra said flavors from Mexico’s Pacific coast are gaining popularity in restaurants across the country — a trend he’s been following for the past few years. Especially in Wilmington, he’s noticed that vacationers and travelers are often foodies looking for authenticity over a two-combo burrito and taco meal that became the norm in Mexican cuisine so many years ago.

“I think social media has helped a lot,” he said. “I like the way everything is moving right now.”

Formerly located where the Venezuelan restaurant Churrascco once stood, El Mariscal offers dishes that are hard to find anywhere in the city, such as a soup of whole shrimp cooked with potatoes, carrots and celery (the head of the shrimp adds the most flavor, which for adventurers its juices can be sucked out, as is done in many cultures). Pulpo al ajillo consists of octopus cooked in garlic, crushed guajillo pepper, white wine and a touch of lime.

Sauces range from light and fresh, with fruity and citrus notes – mango and lime, orange and berries – to earthy and rich with smoky chili. The heat for most dishes is medium, Ibarra said, with a variety of peppers used — jalapeños, serranos, guajillos and de arbols.

“But you can always go spicier,” he assured.

“Not everyone likes seafood, we understand that,” Ibarra said.

About 14 tables and a small four-seater bar — patio seating is coming soon — can make the pressure tight, but so can the flavors from the freshly squeezed juices. The handcrafted cocktail menu reflects the inventiveness of El Mariscal’s cuisine.

A citrus drink – the “cantarito”, served in a traditional clay cup, or “cazuela”, which comes in a Mexican bowl – is made with grapefruit, orange and lime, topped with grapefruit soda, d a pinch of salt and chilli. It can be enjoyed as an offering without alcohol or with tequila.

“We have at least 30 different types of tequila,” Ibarra said.

Since the restaurant opened seven days ago, he’s been waiting, Ibarra said: “People seem to really like him.”

The restaurant is open seven days a week for lunch and dinner at 1319 Military Cutoff Rd. Menu average prices are around $25 for entrees, though the range ranges from $5.99 to $149 (the latter is priced at a kind of family-style Mexican seafood porridge called ‘charolas’). “).

Ibarra revealed that this might be his last restaurant for a while – well, at least until the next concept forces him to do otherwise.

Do you have any comments or advice? Email info@portcitydaily.com.

Want to know more about PCD? Subscribe now then subscribe to our newsletter, Wilmington Wireand get titles delivered to your inbox every morning.