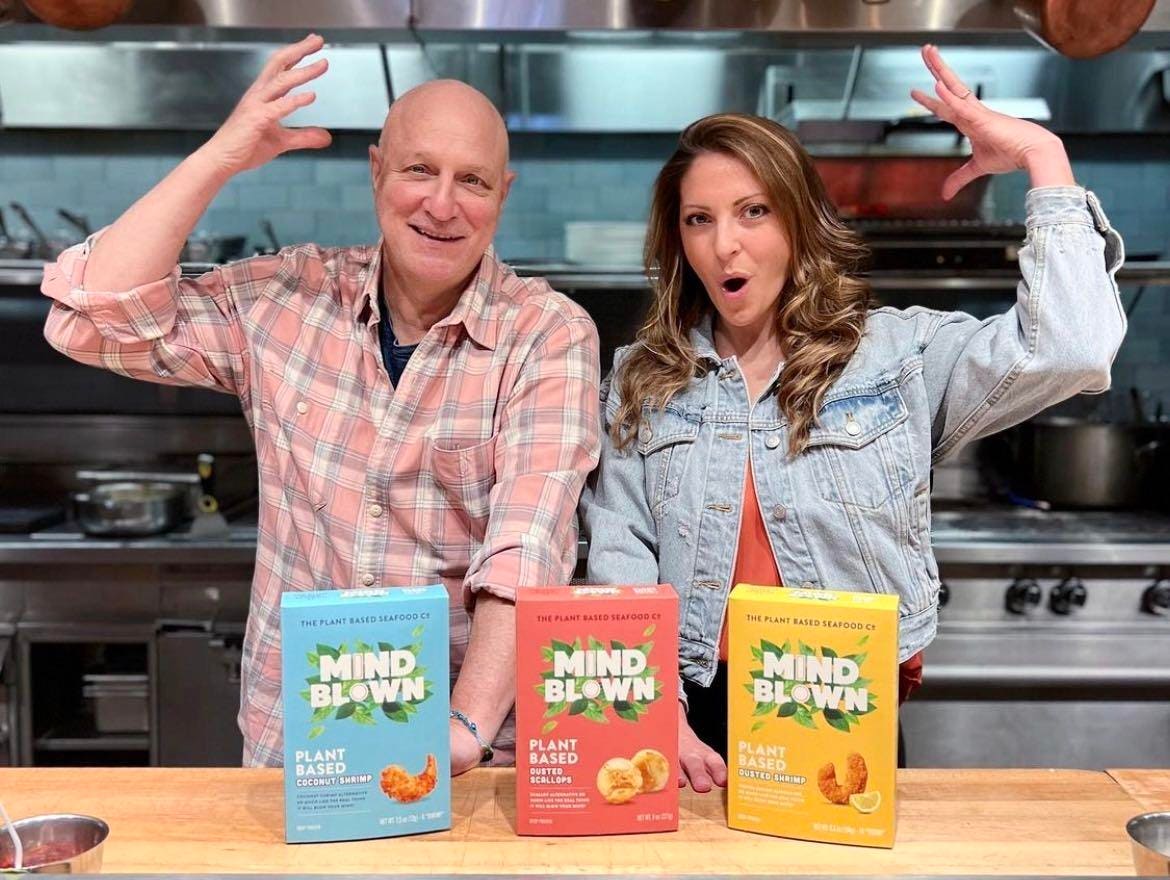 The famous mega-watt chef behind Artisanal hospitality receives a lot of products as a potential investor. Here’s why he’s all about a fledgling business that aims to wow minds and impress the most discerning palates.

I could not believe it

As a longtime judge on Bravo’s best chef, Colicchio is known for shooting straight. No words are minced. So, unsurprisingly, he cuts to the chase when asked what convinced him to board the Plant-based seafood project: “It’s delicious,” he exclaimed in a recent telephone interview.

“Spike Mendelsohn Told me about it saying I should take a look at what they were doing. They sent me a sample and I couldn’t believe how good it was. I’ve tasted a lot of plant-based meats and some are better than others, but this one is excellent. These crab cakes made me a believer. In other words, mind blown.

His commitment to the product line goes far beyond finding a way to appeal to the growing number of vegetarians and vegans. “I care about the oceans, which are rapidly depleting. It’s about conservation, offering alternatives to eating ocean fish and meat every day.

The man behind a thriving restaurant empire pointed to fish farming as one of the reasons more conservation was needed: “When it takes 10 pounds of fish caught to create a pound of fish from breeding, it doesn’t make sense.”

He mentions an effort he was involved in years ago to support dwindling swordfish populations by protecting nursery waters off Florida: “It worked, the numbers rebounded.”

So you can feel good about eating a plant-based product that tastes amazing and there’s another reason why Colicchio is excited about Plant Based Seafood Co.: “I love that it’s a company owned by a woman and the owners have a connection to the seafood industry.

Meet the Plant Based Seafood Team

Monica Talbert and her mother, Shelly, have been an integral part of the seafood-centric community of Gwynn’s Island, Virginia for 20 years. From this pretty spot on the Chesapeake Bay, Shelly ran a popular crab shack and produced handmade cakes through Van Cleve Seafood Co.

But when supplies of the signature ingredient started to run low a few years ago, Shelly started experimenting with some herbal preparations. “She made me try crab cake without telling me there was no crab in it,” Monica said in a recent phone interview. “I said she could probably add a little more Old Bay, but that was really good.”

This experience was just the tip of the iceberg. Soon, the pair had come up with a business plan and an array of prepared products that included coconut shrimp, seasoned scallops, and even “oysters.” The rewards started rolling in. The team’s efforts were recognized as “Best Plant-Based Seafood Product of the Year” at the Mindfulness Awards 2022. PETA is a fan. Last month, Cabbage growers market chose the line which proudly boasts of being free of gluten, dairy, corn, soy and GMO ingredients.

So what’s the next step?

Plant Based Seafood Co. is also ramping up efforts to get the products featured on restaurant menus. “It’s about having plant-based options,” she said. “Why shouldn’t every seafood restaurant or steak house have a plant-based seafood dish on their menu?”

I’ve tried a few samples from the company’s range, including the award-winning cakes, and I agree with Colicchio: these crab cakes are amazing. Products are fully seasoned, ready to finish on the stovetop or in an air fryer. The pair of thick cakes fried golden in hot oil, developing a perfect crust with about two minutes of cooking on each side.

As much as I enjoyed the faux crab cakes, the Dusted Shrimp was my favorite. Well seasoned – garlic, parsley, lemon oil, celery salt – and barely kissed by the gluten-free breading combo of rice flour, potato starch and pea fiber, these pseudo-prawns passed for real .

Unlike the tummy issues I’ve had with other plant-based meat products, everything went well with these products.

My only issue was in the packaging: I just wish a company that preaches conservation would use compostable plastic instead. But that’s a challenge for most products on supermarket shelves these days, isn’t it?