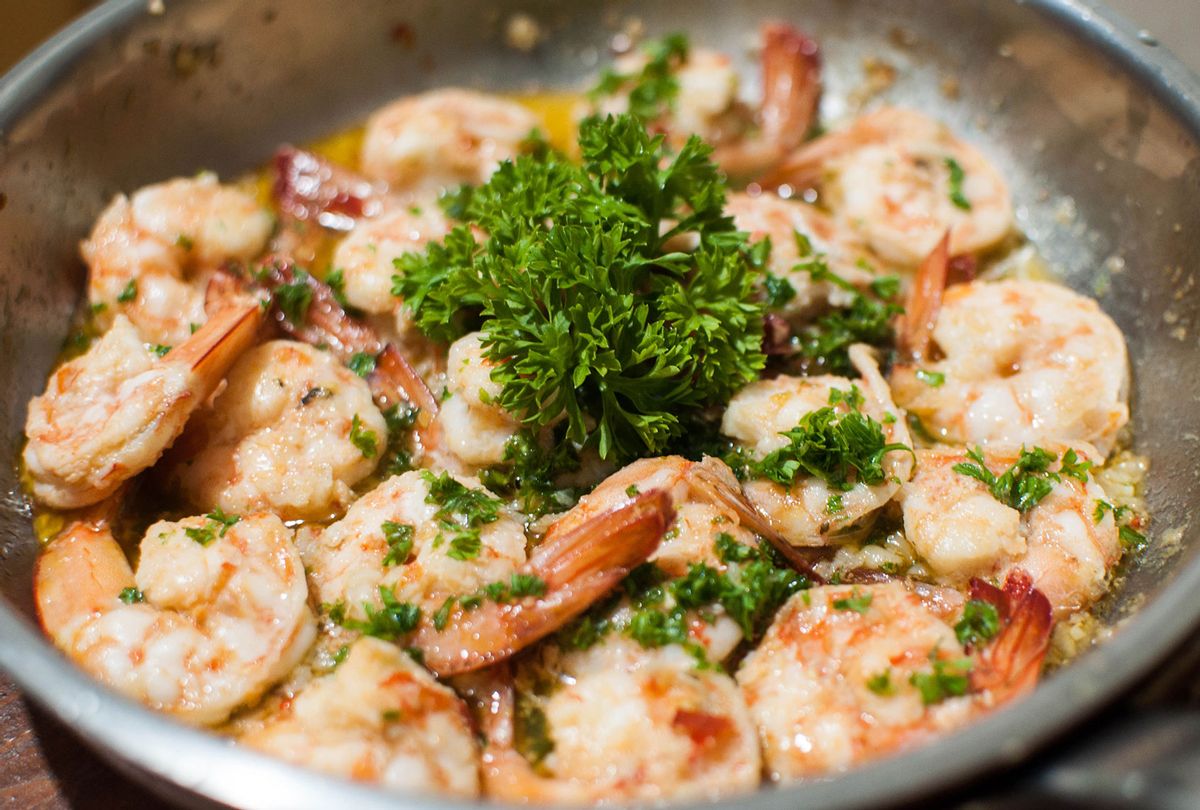 Southern Alabama has always been my home. Well, all but my first nine years, but even then we lived close enough to Mobile (the city) for the 3 D’s: the doctor, the dentist, and the dance classes.

Fresh seafood is abundant everywhere in this region. So, it’s no surprise that the “Seafood Capital of Alabama” is Bayou La Batre, a small fishing village of about 2,500 people about a half-hour drive southwest. from Mobile, on the Mississippi Strait.

For as long as I can remember, Bayou La Batre was where you headed for the best, freshest oysters. You didn’t have to walk into a seafood store; you just went down there with a cooler and looked for someone coming out of the boat.

It was a different world, with the shipbuilding industry taking center stage as you entered the small bayou community. No glitzy or trendy shops – just hard working people.

The shoreline surprised me the most on my first trip to “The Bayou”. As we drove along the beach road, I saw stately homes on beautiful unspoilt waterfront grounds with mossy oak trees still standing. They had mostly been left in various states of disrepair, echoing a bygone era when times were more prosperous there.

Bayou La Batre gained some national notoriety when “Forrest Gump” was released in 1994. In the movie and in Winston Groom’s book, it was the home of Forrest’s Army pal Bubba, and later Forrest’s home during his time as a shrimp boat captain. Although it wasn’t filmed in Bayou La Batre, it was a pretty good performance nonetheless.

Life changed overnight on August 29, 2005, when Hurricane Katrina nearly wiped Bayou La Batre off the map for good. It was undoubtedly the end of an era. The community was decimated.

Fortunately, I spent time at the Bayou in the 1990s, long before Katrina. I befriended a family whose shipbuilding business had been there since the late 1930s, and my friend’s mother was still living there at that time.

They were a big family made up of exceptional cooks, great storytellers and talented musicians. If you weren’t cooking, you were singing. If you weren’t singing (or cooking), you were playing an instrument or figuring out how to entertain the kids. There were a few who could do it all, but each had a role to play. It was that kind of family.

And those who knew how to cook. . . let me tell you they knew how to cook! If family or friends would drop by and stay long enough, any given day would turn into a party. Guitars would come out, family harmonies and laughter would fill the air, and good food would seem to appear from all directions.

Coming from a quiet little family, I just enjoyed the show and the food. Those were some of the best years of my life.

Marinated Shrimp is one of the first recipes I remember falling in love with back then. These shrimp were always part of the celebrations and gatherings on the Bayou. Before you start cooking, here is an overview of the main ingredients:

Wild Gulf of Mexico shrimp is what I would recommend, but any wild shrimp would be delicious.

This recipe has been around for a very long time. Like many of my recipes, it’s old fashioned and from a time when grocery stores didn’t have as many options. For this recipe, I used high quality avocado oil and/or sunflower oil, but any neutral-tasting oil would work.

The same goes for vinegar. When this recipe originated, the choices at local stores were apple cider or distilled vinegar. Over the years I have used many types of vinegar in this recipe. While they’ve all been good, more often than not, I usually opt for the apple cider vinegar.

The exact duration to boil your prawns has not been agreed so far in my life. It depends on the size of the shrimp, as well as how you grew up eating them. My mom likes to boil her prawns until they’re pink and rolled up, then she lets them sit in the seasoned water a bit longer to soak up the flavor.

Choose “large” or “jumbo” size shrimp for this recipe. To save time and hassle, I get pre-steamed shrimp from my local seafood store. It’s a huge time saver, and if you’re not used to boiling shrimp or just want to eliminate this step, feel free to do so. Just be sure to ask peeled and deveined shrimp.

I’ve always served this appetizer in a big, pretty bowl, sometimes doubling (or tripling) the recipe for a crowd. I’ve also seen it served in individual dishes or mason jars at parties. However you present it, one thing is for sure: it’s delicious.

The new cooking museum in Rome